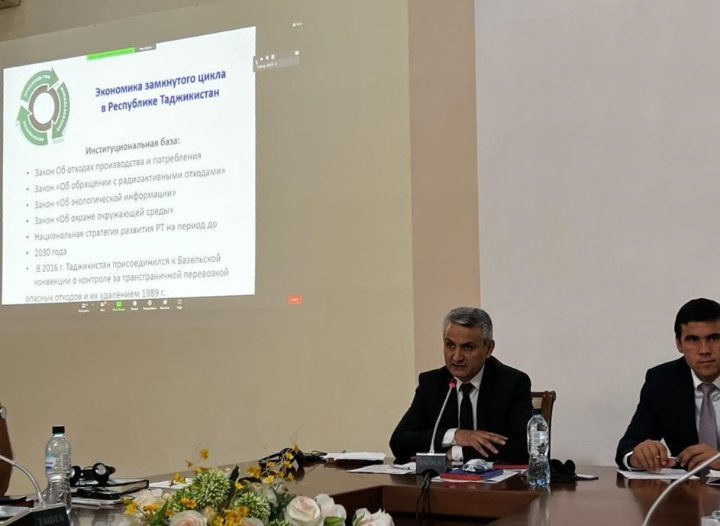 
On September 6-7, 2022, on behalf of the Executive Office of the President of the Republic of Tajikistan and in cooperation with the United Nations Economic Commission for Europe (UNECE), a national meeting and workshop on "Accelerating the transition to a closed-loop economy for 2021-2024" was held.

The meeting was attended by representatives of government ministries and departments, development partners, industry associations and civil society.

At the beginning of the meeting, First Deputy Minister of Economic Development and Trade of the Republic of Tajikistan Solehzoda A. S. and the UN Permanent Coordinator in Tajikistan Ms. Sezin Sinanoglu made introductory speeches.

Then, in the second part of the meeting, the head of the Department of Monitoring, Environmental Policy, Meteorology and Cadastre of the Environmental Protection Committee Shukurov Isfandier made a report on the topic "State environmental policy and national initiatives for the transition to a closed-loop economy".

In particular, it was noted that the contribution of development partners to the creation of waste recycling enterprises should be increased, waste sorting mechanisms should be introduced faster.