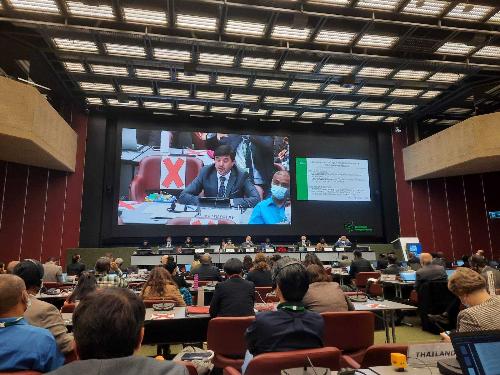 Statement of the Delegation of Tajikistan at the Plenary Session of the Working Group (WG2020-3) on Digital Sequence Information (DSI) and Revised Draft Decision for the Conference of the Parties, Geneva, Switzerland

On March 21, 2020, the Plenary Session of the Working Group on the Digital Sequence Information (DSI) began its work in Geneva. The meeting was opened by the chairmanship of the working group Chair, Mr. Hesikio Benitez, and was directed to the discussion of document CBD/WG2020/3/4Add1 on DSI for the Conference of the Parties to the Convention.

The delegation of Tajikistan made proposals on the issue of DSI as an important issue for the conservation of biodiversity in Tajikistan and included proposals and recommendations in the submitted document.