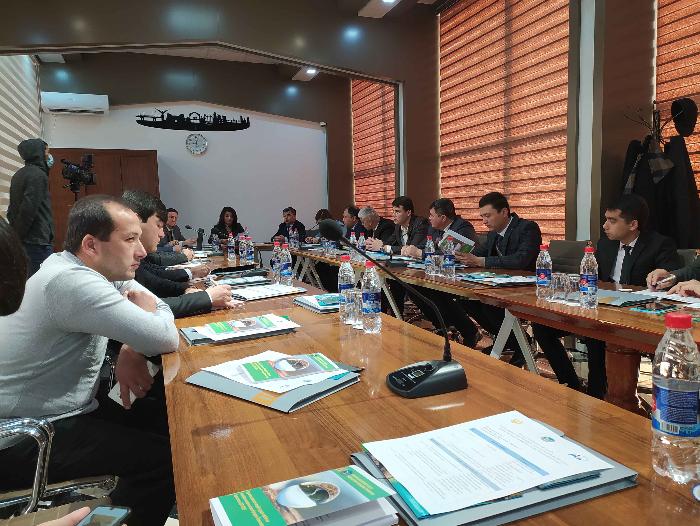 In the lobby of the Parliament Hotel in Khujand, on the initiative of the Committee on Environmental Protection under the Government of the Republic of Tajikistan for the implementation of the "Comprehensive State Program for the Development of Environmental Education of the Republic of Tajikistan for 2021-2025" with the support of the Japan International Cooperation Agency (JICA), a consultative workshop on "Raising environmental awareness of the population about climate change and sustainable development" was held.

In addition to representatives of the Committee, the Center for Climate Change and the Ozone Layer of the Agency of Hydrometeorology and a representative of JICA, employees of the Main Department of Environmental Protection of Sughd region and its divisions participated in the workshop and the heads of the Meteorological Center and the Aarhus Center in Khujand had a speech.

During the workshop, presentations were made on the use of international best practices in improving environmental education, raising public awareness on climate change, the role of the Climate Change Center, the Agency of Hydrometeorology of the Committee on the Importance of the Regional Meteorological Climate Monitoring Center, Japan's best practices in preventing climate change, the importance of developing environmental knowledge to promote adaptation to climate change, ways to promote adaptation to climate change and sustainable development. A representative of the Aarhus Center in Khujand also had a speech.