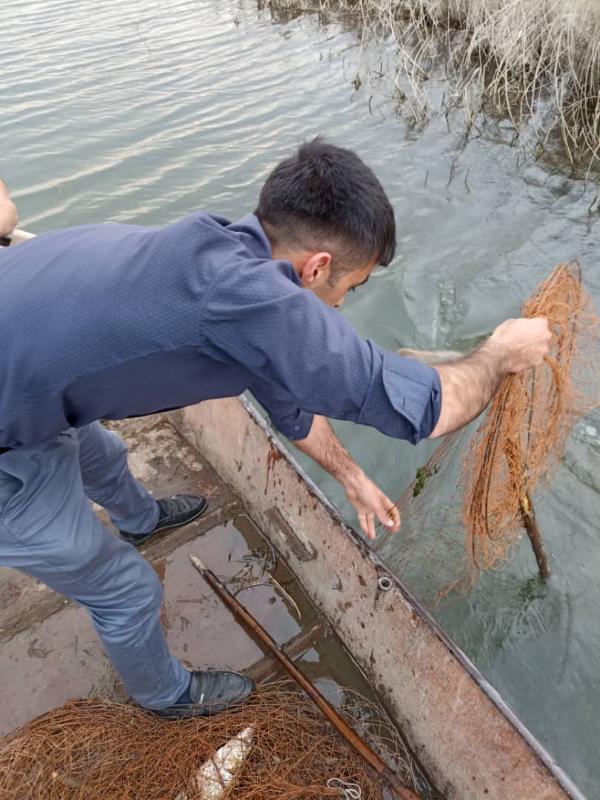 Operational raids on the conservation of fish resources in the area of J.Rasulov during the spawning period

During the spawning period of fish in the reservoir and rivers of Sughd oblast, operational raids are regularly carried out.

Over the past week, environmental sector inspectors conducted raids in J.Rasulov area in order to protect and preserve fish resources. And also to prevent violations in this direction three times conducted operational round-the-clock raids in areas of the Syrdarya River and a total of 1 act and 1 protocol of an administrative offense were drawn up.

At the same time, 650 meters of illegally thrown fishing nets into the river were taken out of the water and destroyed by incineration.

Environmental inspectors in the district take the necessary measures to promote the protection of fish resources in the future until the end of the fish spawning season.