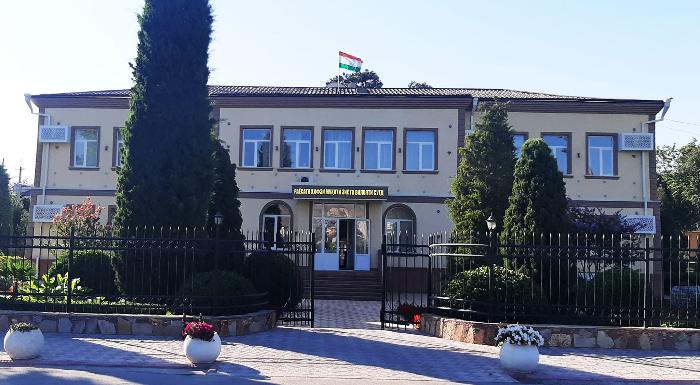 In order to study the content of the Message of the Founder of Peace and National Unity - the Leader of the Nation, the President of the Republic of Tajikistan, distinguished Emomali Rahmon to Majlisi Oli of the Republic of Tajikistan on January 17 in the conference hall of the Main Department of Environmental Protection in Sughd region with the participation of the representatives of the Executive Committee of People's Democratic Party of Tajikistan in Sughd region the teaching event was held.

The Deputy Chief of the Head of the Department, Abdumalikzoda B., opening the event noted that this year's message is presented in the historic year of the 30th anniversary of state independence and will serve as a guide for society in the implementation of the goals of the state and aims to strengthen the independence of our beloved motherland. It was emphasized that every year the Leader of the Nation pays attention to environmental protection in his messages. Among other things, the message notes that today 98% of our country's electricity is generated using renewable energy sources, i.e. mainly hydropower. Tajikistan is the sixth largest producer of "green energy" on the planet. Tajikistan is also one of the countries with the lowest greenhouse gas emissions.

In order to adapt the national economy to climate change, protect the environment and improve the environmental situation, the country has set a task to import electric cars, electric buses, trolley buses and the like, which will be fully exempt from taxes and customs duties. The country's government has been tasked to take measures to gradually provide the infrastructure and other necessary conditions for the use of such vehicles in the country.

Professor of Khujand State University named after Academician B. Gafurov A. Ubaidulloev in his speech noted the achievements of the country during the years of state independence, the difficulties and obstacles on the way of development for 30 years, the great achievement of the nation - the unity of the people, adoption of the main document of the country - the Constitution, which is a passport of the state and the nation, the implementation of strategic national goals, the formation of a political worldview of young people the announcement of 2022-2026 years of the development of industry in the country in preparation for the 35th anniversary of the state independence of the country, and others set before the country in the way of its further development.