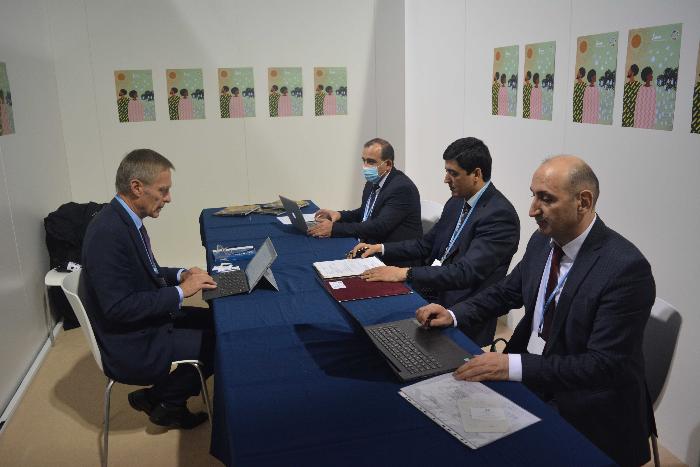 Within the framework of the 26th Conference of the Parties to the UN Convention on Climate Change, on November 5 in Glasgow, Scotland, the Chairman of the Committee on Environmental Protection under the Government of the Republic of Tajikistan Sheralizoda B.A. met with the Vice-President of the International Fund for Agricultural Development (IFAD ) Mr. Donald Brown.

During the meeting, the Chairmen mentioned the cooperation of the Committee on Environmental Protection as a national body for cooperation with the Green Climate Fund and expressed gratitude for the activities of IFAD, noting that currently IFAD, in cooperation with the Committee, is implementing a new project in support of agriculture, taking into account the problems of climate changes. This project has been developed and is being considered by ministries and departments. They also expressed confidence that the approval process will be completed in the near future.

Chairman B. Sheralizoda called on the International Fund for Agricultural Development to take an active part in the implementation of the estimated national contribution (NDC) in the new edition, developed and adopted in October this year.

At the meeting, the parties agreed to expand cooperation in the areas discussed.