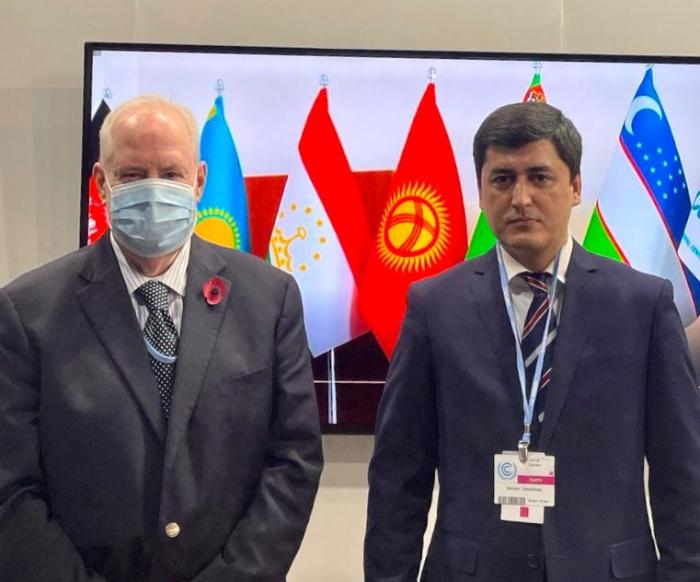 Meeting of the CEP Chairman with the Ambassador of the 26th Regional Conference of the Parties in Europe, Central Asia, Turkey and Iran 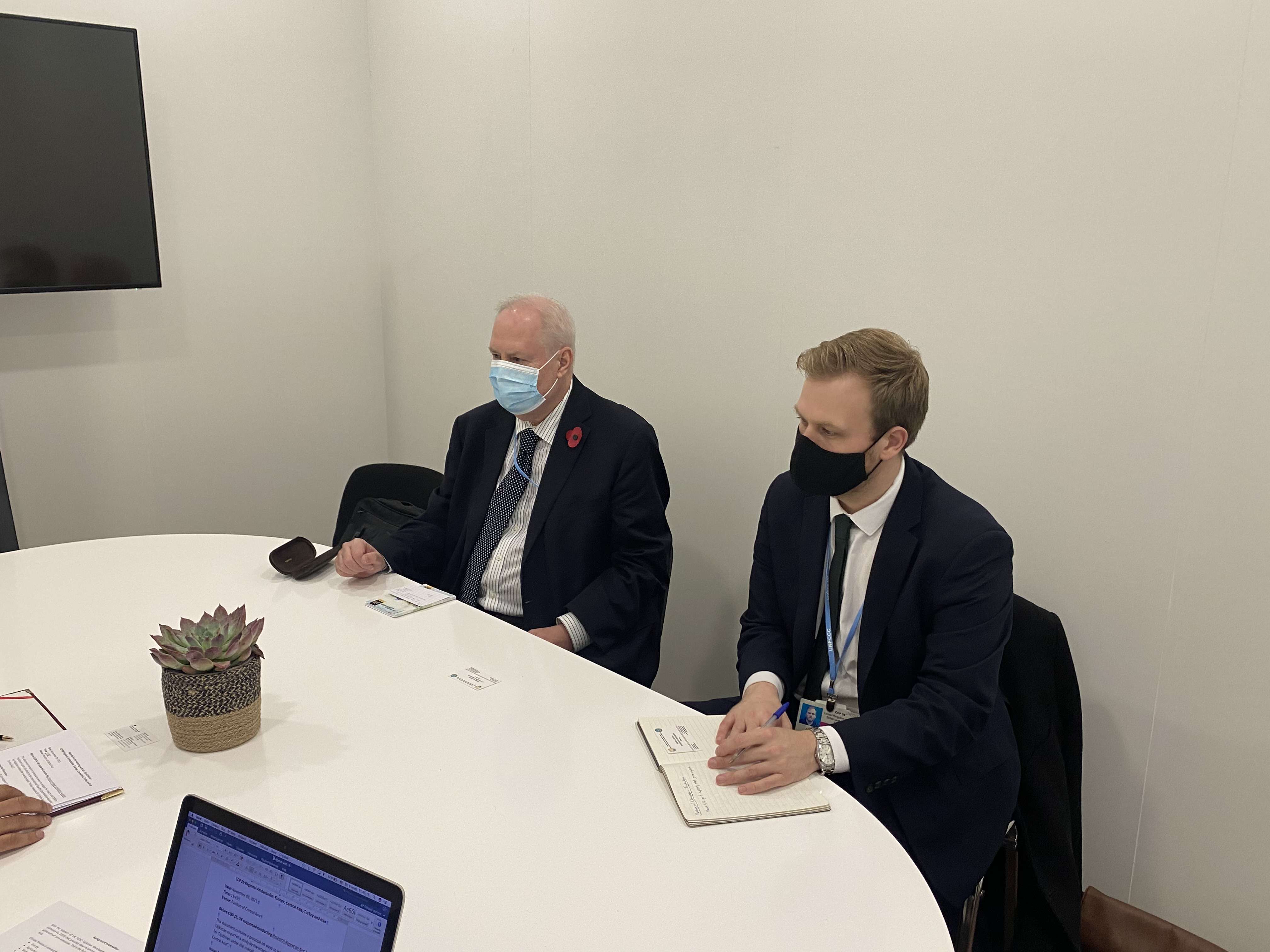 On November 9, within the framework of the 26th Conference of the Parties on Climate Change in Glasgow, Great Britain, the Chairman of the Committee for Environmental Protection under the Government of the Republic of Tajikistan Sheralizoda B. A. met with the COP26 Regional Ambassador for Europe, Central Asia, Turkey and Iran Mr. David Moran in Central Asian Pavillon.

Chairman of the Committee Sheralizoda B.A. informed the ambassador about the initiative of the President of the Republic of Tajikistan Emomali Rahmon to declare 2025 the Year of Glacier Protection and proposed to expand bilateral cooperation in the process of creating the International Glacier Fund.

The Chairman of the Committee also noted that in order to implement the roadmap for the national contribution of the Republic of Tajikistan, it is necessary to develop cooperation with a special fund announced by the United Kingdom of Great Britain.

In turn, Ambassador David Moran thanked the Tajik side for the invitation to visit the Central Asian pavilion and expressed confidence in expanding bilateral cooperation in the process of adaptation to climate change and access to special funds.