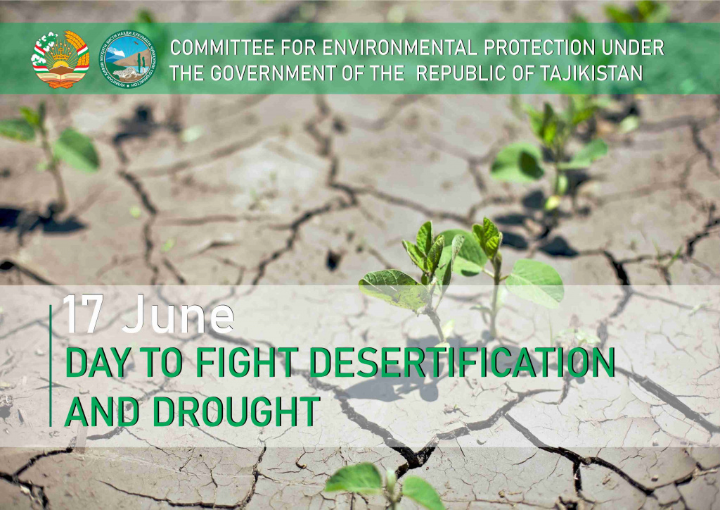 In accordance with Annex 15.3 of the 2030 Sustainable Development Goals the process of combating desertification, rehabilitation of degraded lands, including lands prone to desertification, drought and floods, as well as work to address the complex situation in the region is underway.

In 2021 in the framework of this Convention, together with the Committee on Environmental Protection and the UN Food Programme in Tajikistan (FAO) the project "Climate change through the introduction of solar energy system for irrigation" was launched. As part of the project, demonstration sites with installation of solar water supply networks in two districts - Yavan and Khuroson were created. The equipment has been handed over to users for further use.

The project "National Action Plan on Dust Storm Control and Drought Management in Tajikistan" is developed on the UN pilot project on Central Asia "Regional Approaches to Sand, Dust and Drought Storms Control". The project aims to foster collaboration and strengthen coordination of support to Central Asian countries, civil society and the private sector across the region. It will interact and collaborate with the global decision support platform.

In Tajikistan, the "Landscape Restoration in the Aral Sea Basin" program is also planned under the UN Convention to Combat Desertification and the UN Food Program (FAO).