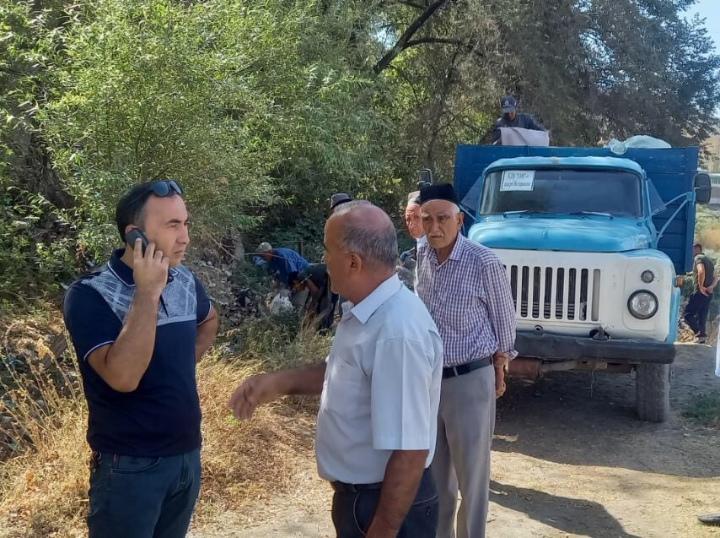 Inspection work in the city of Istaravshan

On behalf of the Chairman of the Committee, which was given during a working visit to the city of Istaravshan, employees of the Main Department of Environmental Protection of Sughd region conducted inspection work in the city.

As a result of the inspection work, the state of drying of seedlings and the release of garbage in settlements was revealed.

Protocols on administrative offenses under articles 221 and 232 have been drawn up against the head of the State Institution "Maintenance of Urban Highways" and the director of Housing and Communal Services of the city.

A document was also drawn up, mandatory proposals were given to eliminate the existing shortcomings and a complete cleaning of this site was carried out with the participation of 30 people and equipment.