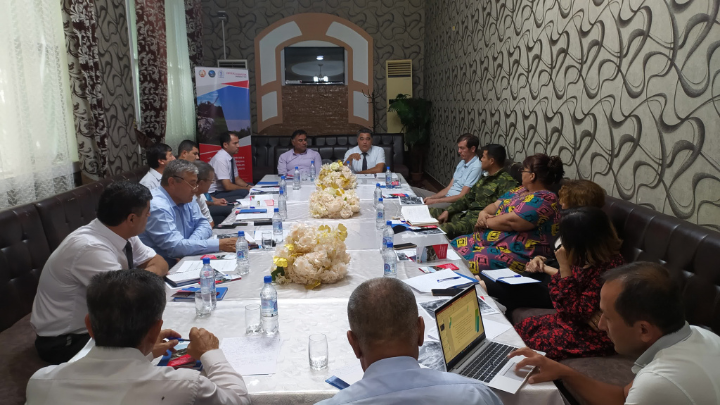 
In the hall of the restaurant "Olimien" in the city of Kanibadam, a meeting of the working group on interaction to determine the state of the Tugai forest was held with the participation of the first deputy chairman of the city, representatives of the regional Main Department of Environmental Protection, the head and chief specialist of the environmental sector of the city, the chairman and employees of the public organization " Youth Group for Environmental Protection”, environmental expert and media representative.

According to the program, during the meeting, the chief specialist of the Main Department of Environmental Protection in the region informed the participants about the purpose of creating a working group, the head of the community of hunters and fishermen of the city of Kanibadam, acquainted the participants with the current state of the Tugai forest and the activities of the community, spoke about the implemented project, the head of the NGO The Youth Group for Environmental Protection, experts and an ecologist presented information about the ecological state of the region, the socio-economic situation of the population of the region, stressed the importance of preserving biological diversity and solving existing problems.

At the end of the meeting, questions and answers on topics were held, and specific proposals were made.