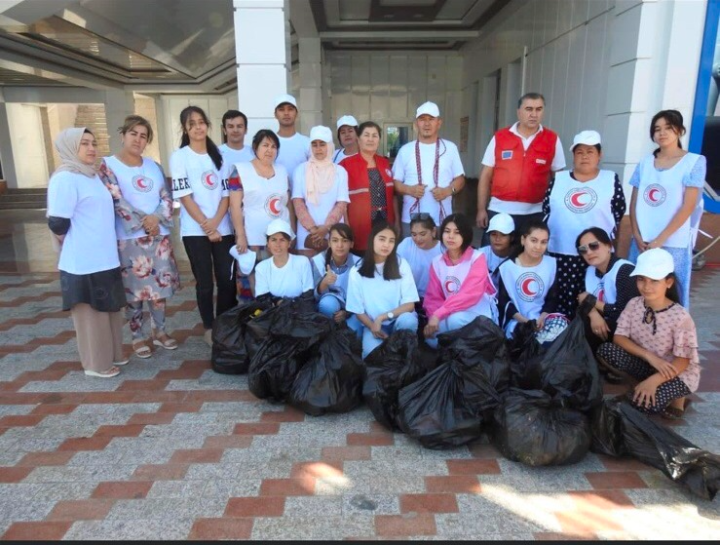 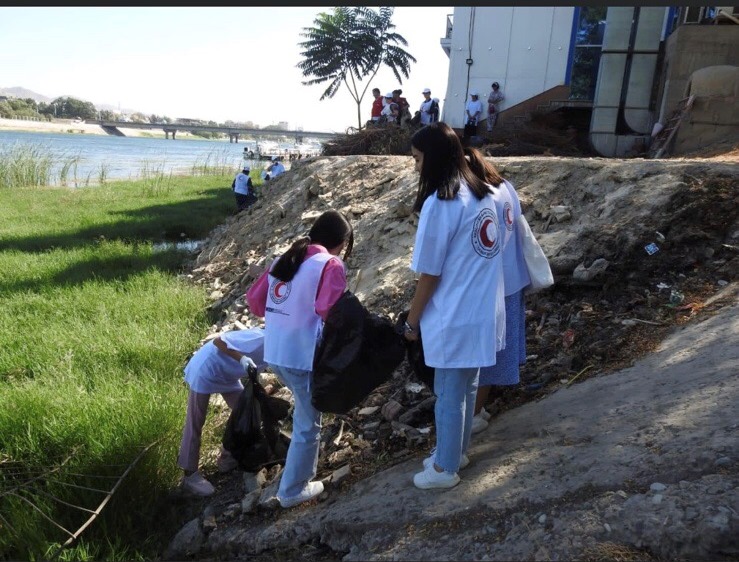 In order to improve the environment and contribute to the improvement of the city, with the involvement of volunteers of the public branch of the Red Crescent of Tajikistan in the city of Khujand and the district of Bobodzhan Gafurov, a general subbotnik and the action “Cleanliness of the Shore” were held on the banks of the Sirdarya River.

Volunteers and employees of the branch cleared the riverbank and the park named after Kamoli Khujandi from various types of household waste.

It should be noted that collective cleaning is a cleanliness factor and has a positive effect on the sanitary, hygienic and ecological state of the environment, as well as on the ecological consciousness of residents.