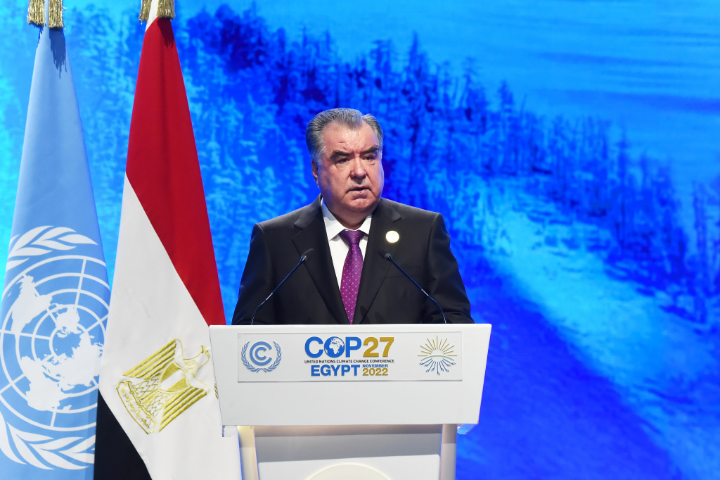 On November 7 this year the Founder of Peace and National Unity - Leader of the Nation, President of the Republic of Tajikistan, Emomali Rahmon, took part and spoke at the twenty-seventh session of the Conference of the Parties to the United Nations Framework Convention on Climate Change (COP-27) in the city of Sharm El Sheikh, Arab Republic of Egypt.

First of all, the Head of Tajik State Emomali Rahmon expressed his gratitude to the Government of the Arab Republic of Egypt for creating favorable conditions for holding the high-level event.

It was emphasized that this year's unprecedented droughts and floods in the world, including in the Central Asia region, once again proved that climate change remains one of the world's major problems.

Tajikistan, with 93 percent of its mountainous territory, is very vulnerable to climate change. Natural disasters related to this process cause hundreds of millions of dollars in damage to our country's economy every year, and in many cases cause loss of life.

The President of the country Emomali Rahmon stated that the share of Tajikistan in the amount of greenhouse gas emissions is very small, and in this ranking our country is on the 130th place, that is, it occupies a leading position due to the low amount of such emissions. More than 98 percent of electricity in Tajikistan is obtained from renewable resources, that is, "green energy", especially hydropower, and according to this indicator, we are in sixth place in the world.

During the speech, the Head of State Emomali Rahmon stated that water resources play a key role in the process of adaptation and stability to climate change, as well as reducing its consequences.

Taking into account that the glaciers and other water sources of Tajikistan form 60 percent of the water resources of Central Asia, this process will bring additional problems to the water use plans in the countries of the region.

In this context, Tajikistan, within the framework of the Water and Climate Alliance, proposed to declare 2025 as the "International Year of Glacier Protection".

The Head of State emphasized that we have presented water and climate cooperation as one of the main topics of the Conference as part of our efforts to prepare for the United Nations Water Conference, which will be held in March 2023 under the chairmanship of Tajikistan and the Netherlands.

The President of the country, Emomali Rahmon, expressed confidence that the member states of the United Nations and all interested parties will support our country through active participation, commitment and acceleration of actions in the implementation of this great responsibility.

Summing up the results of the summit of leaders, it is worth noting that more than 400 thousand participants, delegations of more than 100 states, which were represented at the highest level on November 7-8, were registered for the 27th session of the Conference of the Parties to the United Nations Framework Convention on Climate Change.

It should be added that the 27th Conference of the Parties to the UNFCCC will last until November 18 this year. Before the official closing ceremony of the Conference at the National Pavilion, organized by the Committee for Environmental Protection under the Government of the Republic of Tajikistan, it is planned to hold side events on priority national topics in cooperation with relevant ministries and departments, and international organizations. 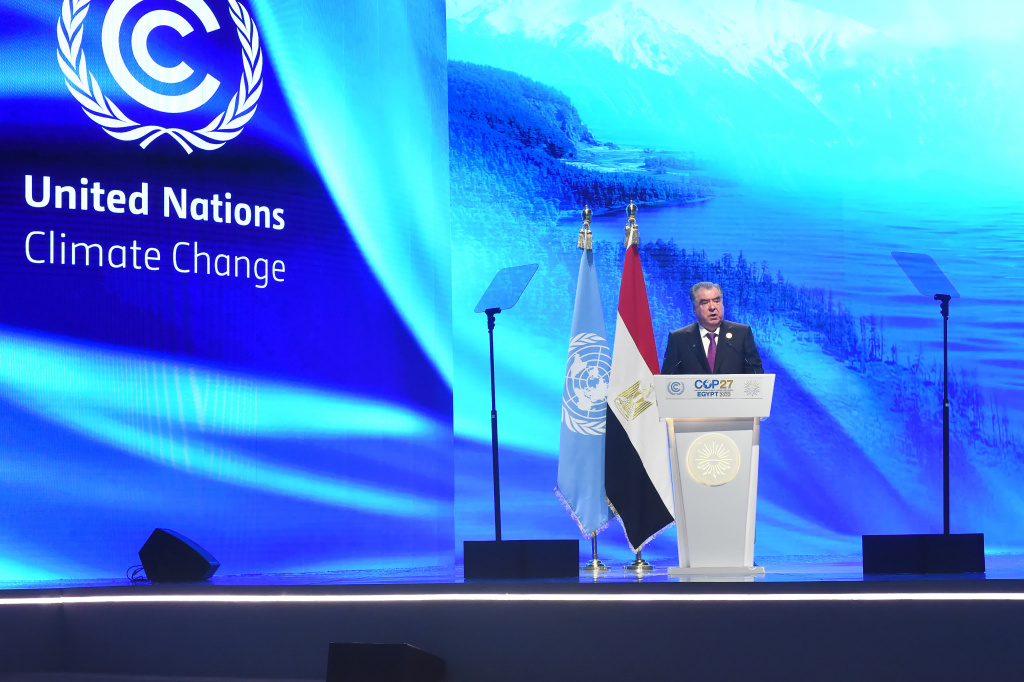 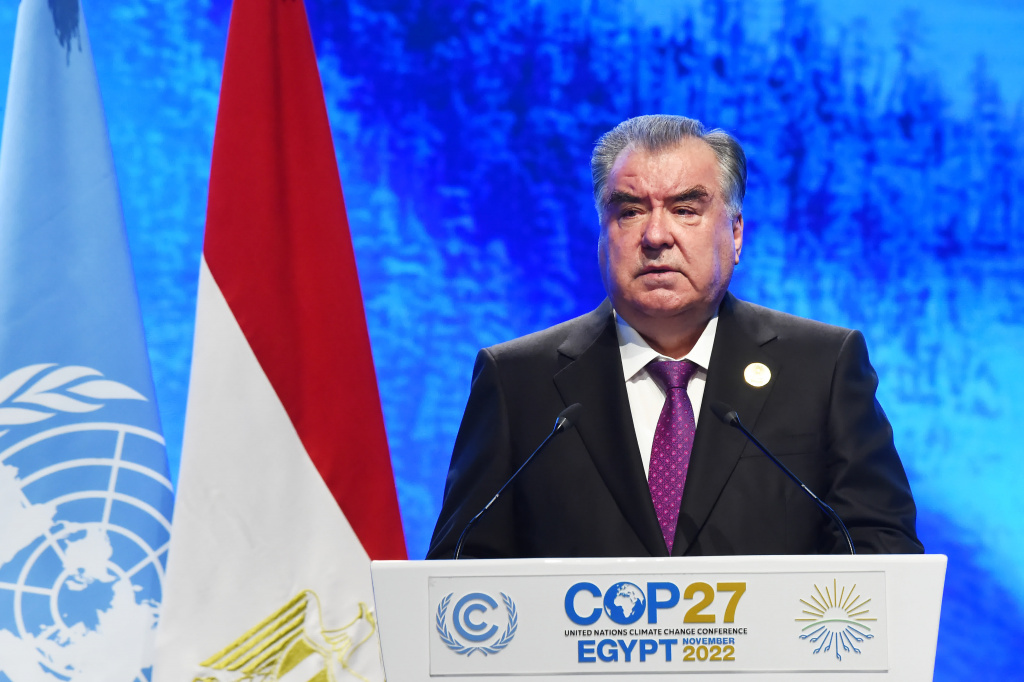 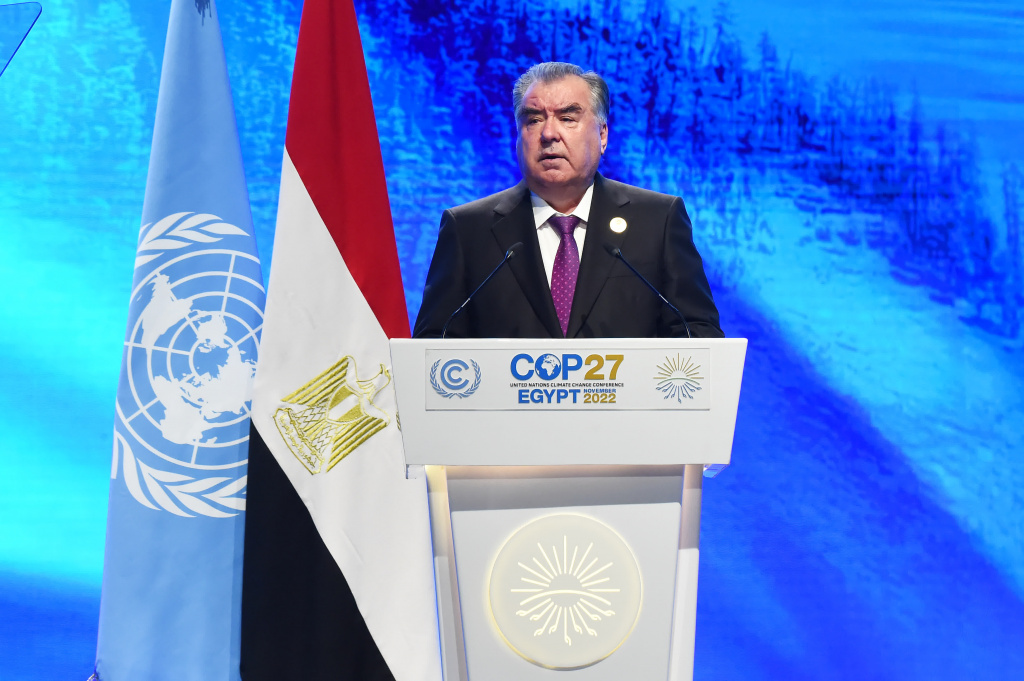 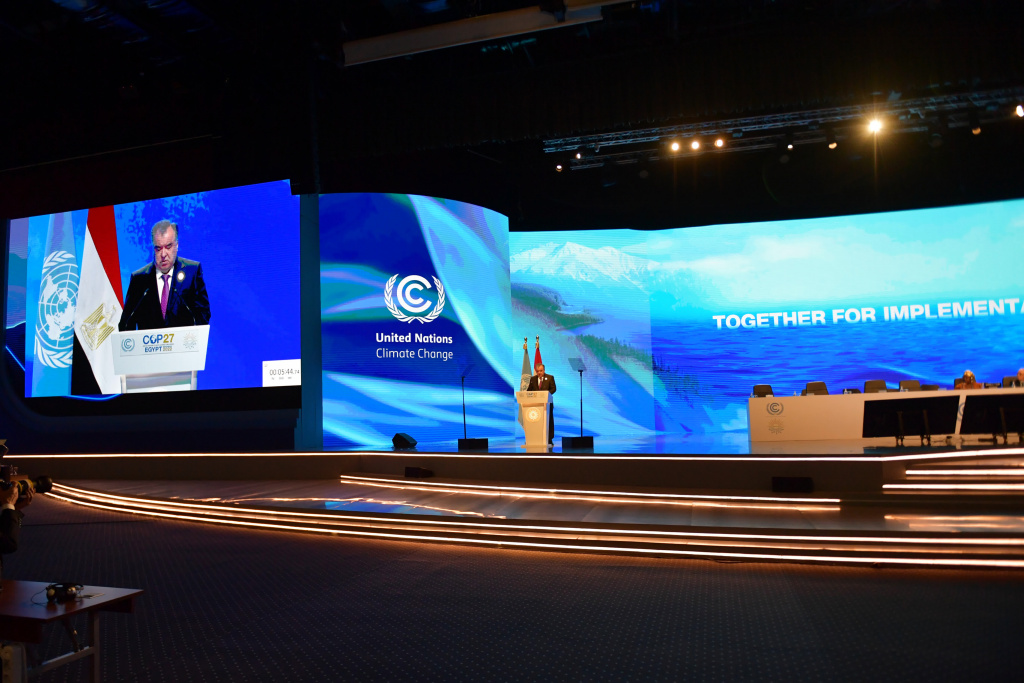 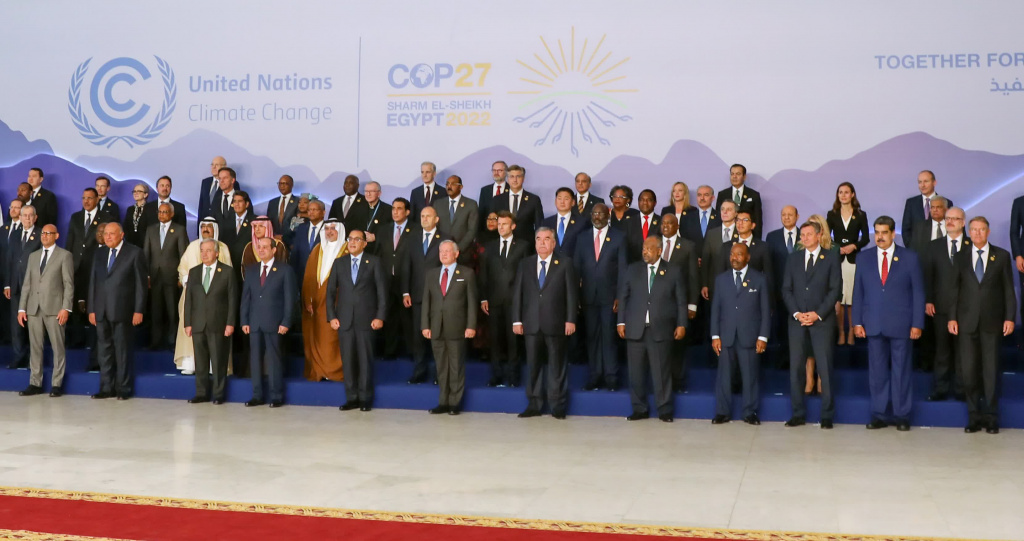 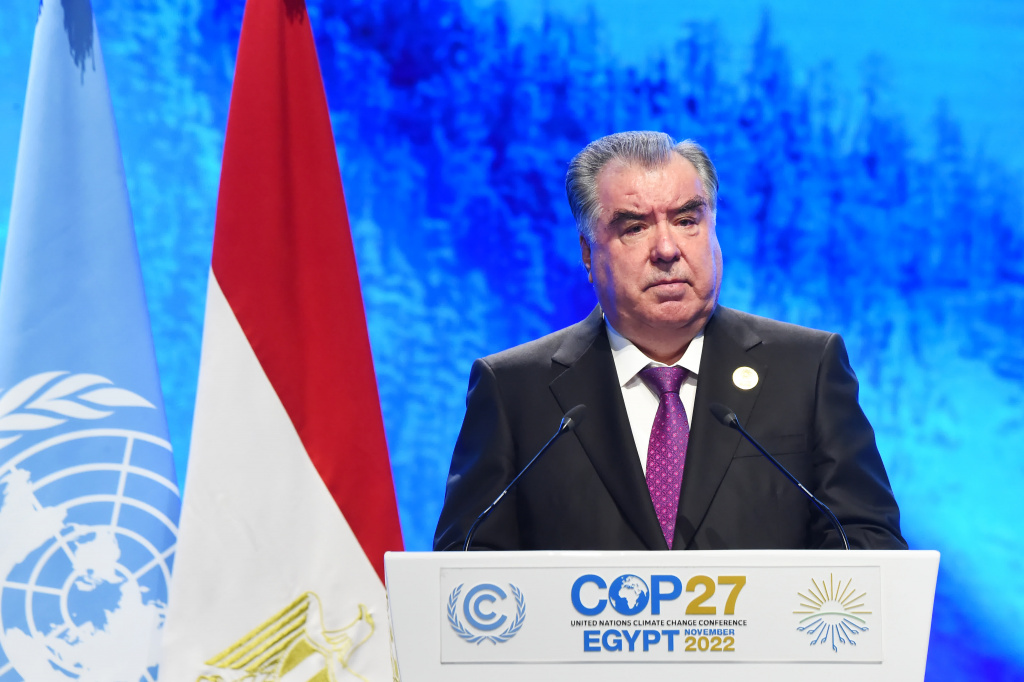