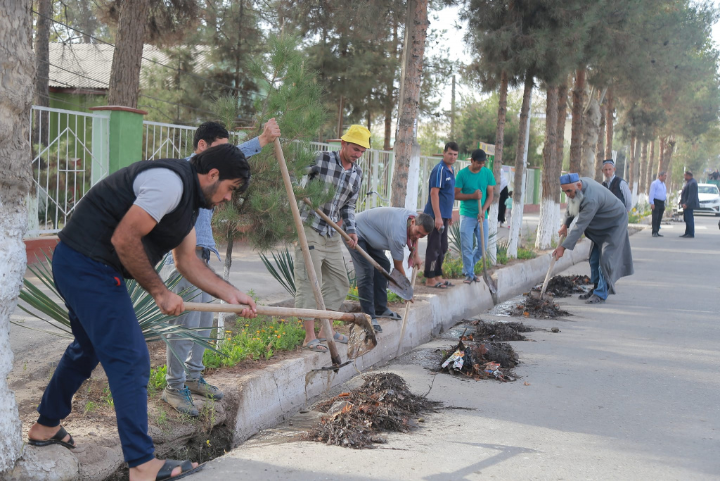 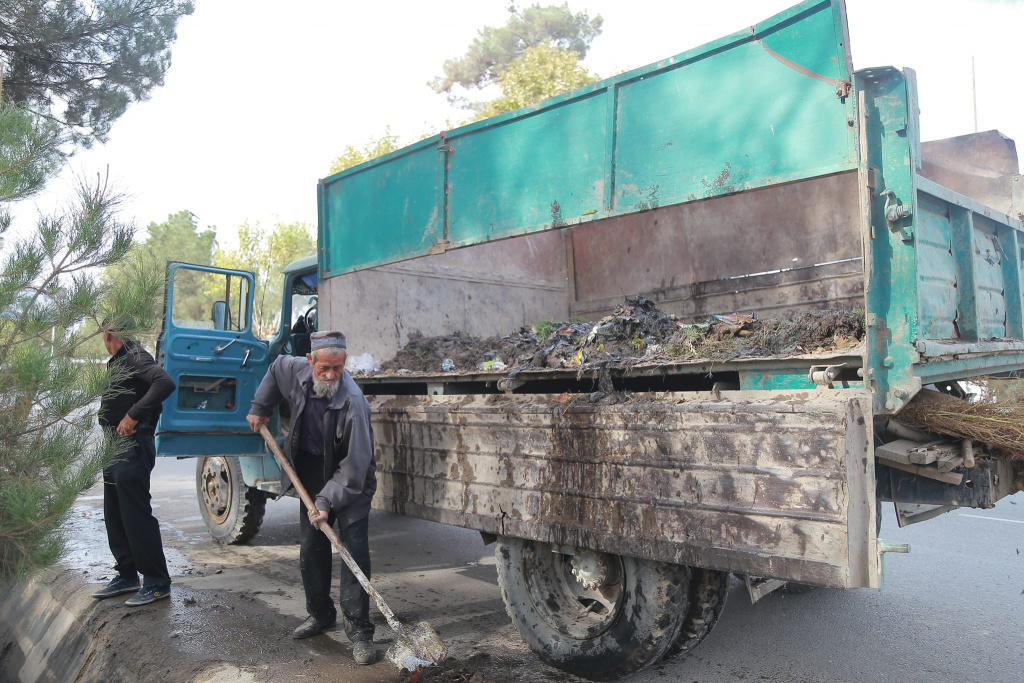 On October 1 of this year, during the implementation of the action plans of the Committee for Environmental Protection under the Government of the Republic of Tajikistan and the Main Department of Environmental Protection of the Khatlon region, in honor of the upcoming national holidays, including the Day of the State Language of the Republic of Tajikistan, as well as the 35th anniversary of the country's State Independence, on the initiative of the environmental protection sector in the Dusti district, the campaign "Clean Area" was held.

Employees of organizations and institutions of the district, as well as residents, actively participated in this action, cleared roadsides, gutters, streets and settlements of garbage, and completely whitewashed the trunks of shady trees.

The head of the environmental protection sector of the district, Fayziddin Umarov, said in an interview that such actions are held every Saturday with the involvement of civil society in order to protect the environment in the Dusti district and in honor of national holidays.