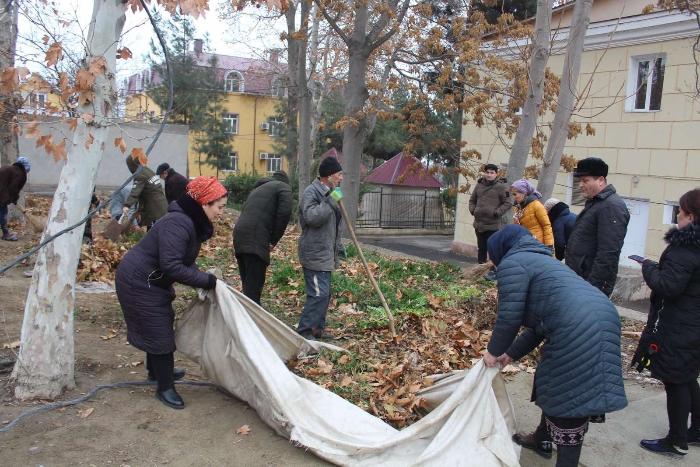 "Clean Area" campaign in the city of Guliston

In order to keep the environment clean and tidy, to increase the level of environmental literacy of residents in the city of Guliston, Sughd region, a "Clean Area" campaign was held. The event was actively attended by representatives of educational, cultural, health, sports schools, medical colleges, power grids of the region, OJSC "Qolinhoi Qairokkum" and other local structures, the number of which amounted to more than 500 people.

During the campaign, the area around enterprises, institutions and recreation areas was completely cleared and 8.2 m3 of waste was taken to the official landfill.