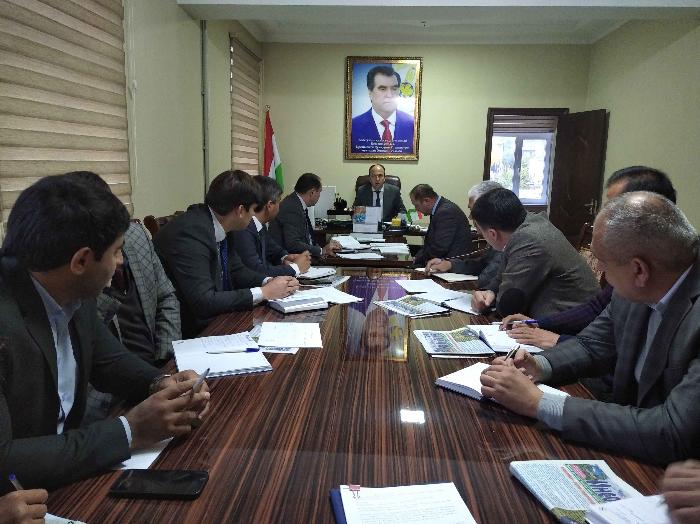 The General Department of Environment Protection of Dushanbe city held a solemn meeting dedicated to the National Flag Day of the Republic of Tajikistan.

Nurullo Rahimzoda, the head of the Main Environmental Protection Department of Dushanbe city in his congratulatory speech said that the flag is one of the most important elements of statehood and the Tajik people under the state flag led by the Founder of peace and national unity, the President of the Republic of Tajikistan Emomali Rahmon proudly celebrated 30 years of the state independence of the Republic of Tajikistan.

As the venerable leader of the nation Emomali Rahmon emphasized, "The flag has a mission and unifying power because it embodies political and cultural values as well as national ideas and goals.

It was emphasized that the flag is a symbol of freedom and independence, of national identity, that the Tajik people throughout their history, in their efforts to create and build a national state, took the flag and protected their nation and land.

The flag as a national sanctuary symbolizes freedom and independence, mutual understanding, sovereignty and unity of the nation and brings happiness, pride, national identity and peace from the parachute flight of the flag of peace and unity.