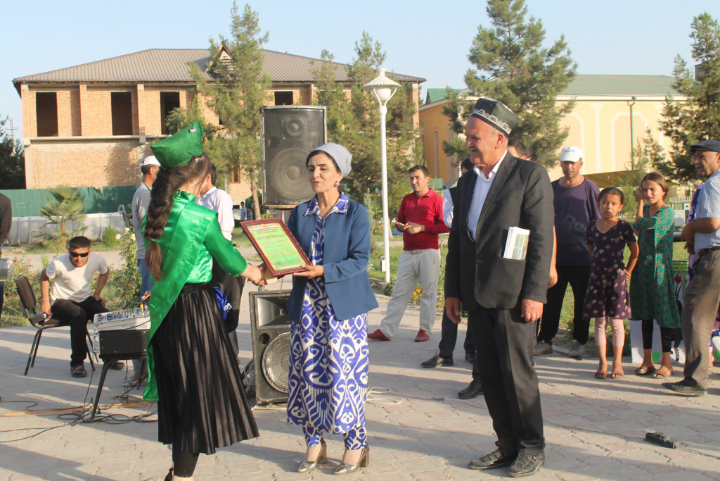 
The Farkhor District Environmental Protection Sector organized a series of events to commemorate the 50th anniversary of World Environment Day.

A solemn meeting dedicated to the 50th anniversary of World Environment Day was held in the district's culture and recreation park with the participation of representatives of the executive authorities, organizations and institutions of the district. Before the start of the event, the audience viewed an exhibition of students of secondary schools and the village mahallas, consisting of a demonstration of flowers, pet birds and rituals about nature.

Diplomas and gifts for their contribution to environmental protection were awarded to representatives of the Department of Education, chairmen of the mahallas and veterans of the industry.

At the end of the event by the forces of the department of culture and amateur artists of the district showed a solo concert.