15.11.2022 | 145 Вақти хониш:
15.11.2022
In the assembly hall of the department of environmental protection in the city of Penjikent, a solemn meeting was held dedicated to the Day of the President of the Republic... 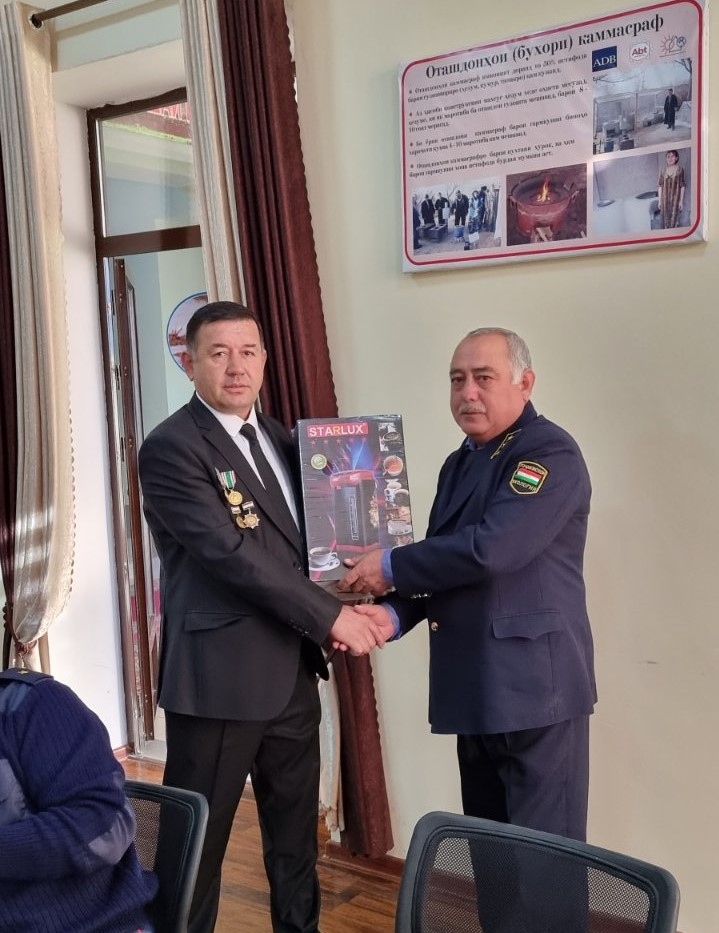 The head of the said department Istamzoda A.I. in his opening remarks, he recalled that the date of November 16 is inscribed in golden letters on the page of the history of the Tajik people. It was noted that thanks to the constructive actions and initiatives of the Founder of National Peace and Unity - the Leader of the Nation, the President of the country, respected Emomali Rahmon, peace and unity, stability, the achievements of our independent republic were ensured as the strategic goals of the country, reflected in the national laws of the country.

In turn, other employees of the department expressed their opinion on the restoration of peace and national unity and the constant concern of the country's supreme leader for the development of the image of our native country.

At the end of the solemn meeting, veterans-employees of the department of environmental protection of the city of Penjikent Pulodov M.Ya. and Salimov A.K. received departmental awards.