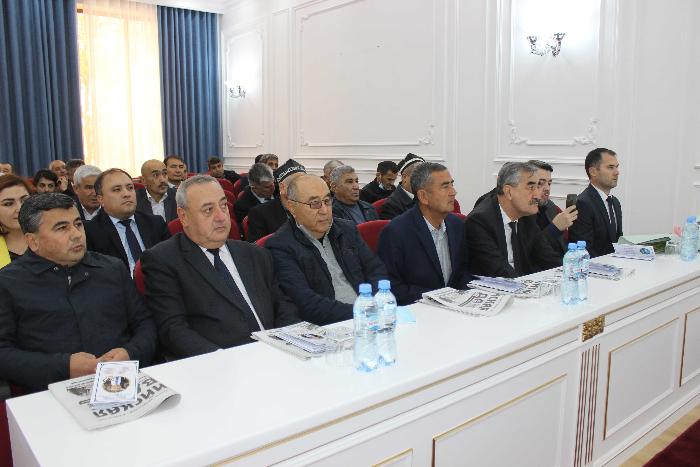 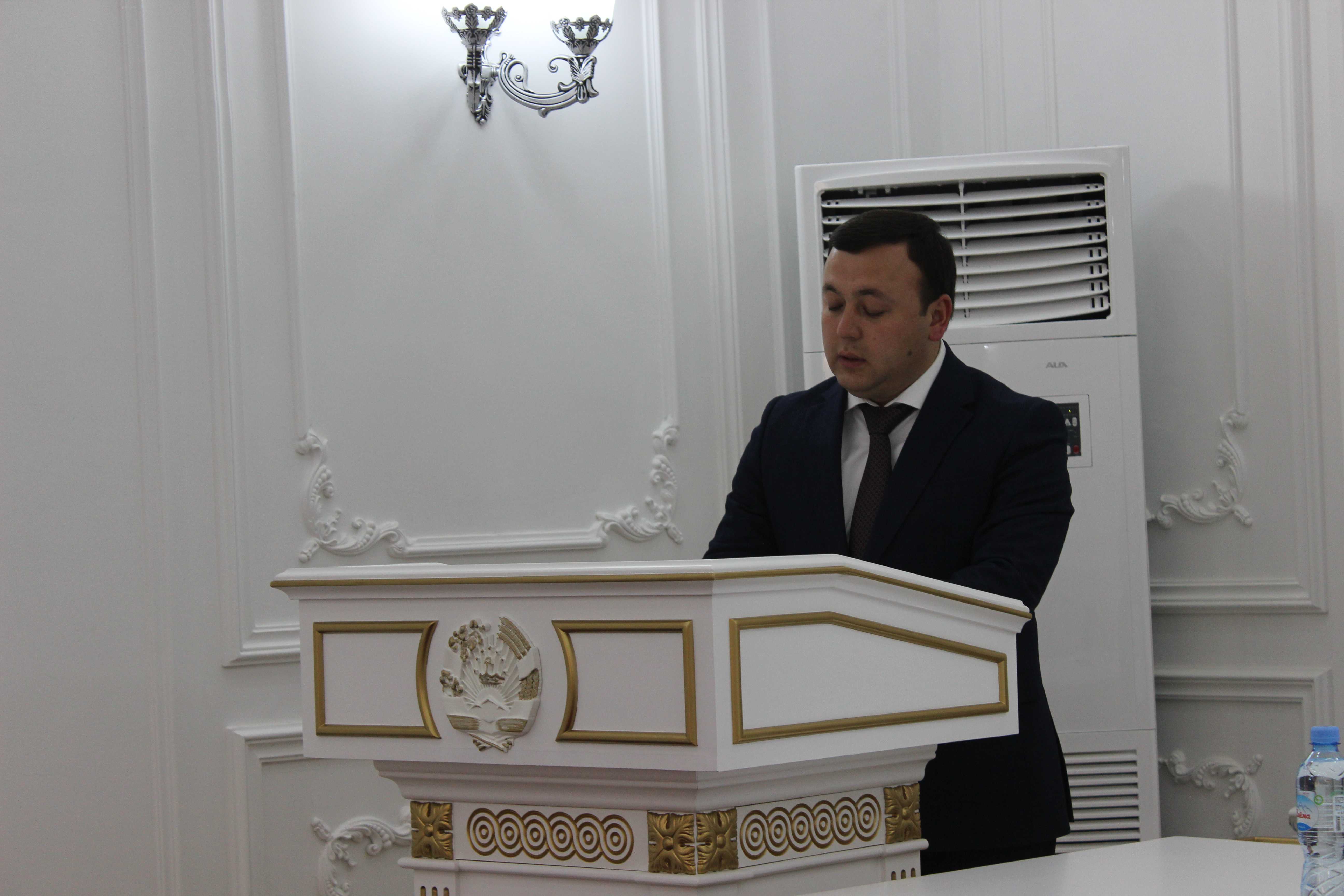 To the Constitution Day of the Republic of Tajikistan, a ceremonial meeting was held at the retraining center of the Sughd Province Main Department of Environmental Protection in the city of Buston with participation of employees of environmental protection agencies of the province.

The head of the department A.K.Hakimzoda in his opening speech noted that the Leader of the Nation stated in his message: "We have declared to the world community at the constitutional level that the people of Tajikistan values freedom and individual rights, and also recognizes the equality and friendship of all nations and peoples and advocates a just society. It should be noted that the promotion and implementation of the state policy of the Republic of Tajikistan in the field of environmental protection derives from the Constitution of the Republic of Tajikistan. Article 13 of the Constitution states: "The land, subsoil, water, air space, flora and fauna and other natural resources are the exclusive property of the state, and the state guarantees their effective use for the benefit of the people. According to article 44 of the Constitution of the Republic of Tajikistan, "The protection of nature, historical and cultural monuments is the duty of each person".

Also, a lawyer of the Department made a speech at the meeting and said that the Constitution is the passport of the state and the nation, which indicates the name of the state, the device of the state and its structure. Constitution embodies all norms of life of democratic, legal and secular society, which generally meet the requirements of the time.

During the meeting the staff noted the great achievement of the period of independence, the recognition of human and civil rights and freedoms at the constitutional level and assured that they will always respect the Constitution of the country and will make their valuable contribution.