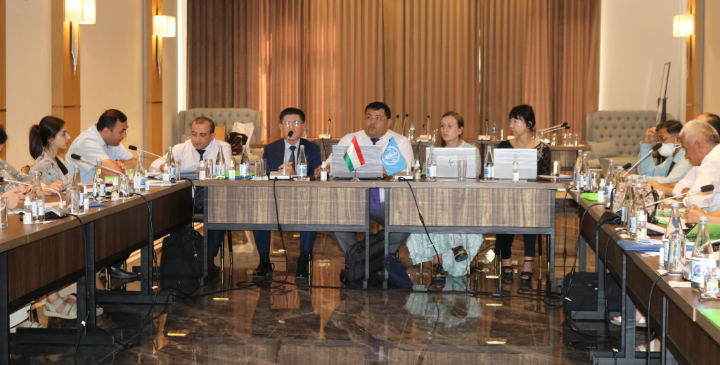 
Tajikistan is transitioning to the Enhanced Transparency Framework of the Paris Agreement.

For implementation in Tajikistan of FAO's project proposal to improve national capacities for transparency in line with national priorities, it is expected to receive funds from the Global Environment Fund (GEF).

The project proposal is dedicated to support the government, the private sector, NGOS and scientific community to improve their capacity to report under the provisions of the Paris Agreement (NDC, NC, BTRs) , incorporating guidance from the Intergovernmental Panel on Climate Change, and conducting of trainings and necessary support to in order to achieve progress in the Enhanced Transparency Framework.

The discussion of the project proposal began with a stakeholder meeting which held on August 3, 2022 in Dushanbe. The participants were involved in the project development and also discussed ways to develop cooperation with various partners. The event was attended by FAO specialists, officials from the Agency on Hydrometeorology of the Committee on Environmental Protection under the Government of Tajikistan (CEP), Ministry of Agriculture, other relevant ministries, National Academy of Sciences, public organizations and representatives of the private sector.

The Paris Agreement aims to fight against climate change and its consequences. By signing the document, Tajikistan, along with other countries, obliged to keep the rise of the global average temperature up to the 2 degrees Celsius lower level.

To achieve this goal, each country has developed an individual climate obligations, known as Nationally Determined Contributions. NDCs reflect country-specific efforts to reduce emissions at the national level and to adapt to the climate change implications. In addition, there are other provisions under the Paris Agreement that deal with climate change mitigation and regulation of adaptation to climate change in the country. At the global level, there is an agreement to support developing countries in their efforts to mitigate and adapt to climate change by creating of basis for transparent monitoring, reporting and the rapid achievement of countries' climate goals.

Participation and regular reporting under the Enhanced Transparency Framework allows governments to better assess and plan their climate actions. The Framework will provide transparency of the information related to countries' greenhouse gas emissions, progress made in reducing emissions, adaptation to the impacts of climate change, and also financial and technological support provided to developing countries.

The project contributes to the Capacity Building Initiative for Transparency (CBIT) under the GEF-7 Mitigation Strategy to support projects that build institutional and technical capacity to meet the enhanced transparency requirements of the Paris Agreement. CBIT seeks to:

• Strengthen national institutions for transparency in line with national priorities;

• Provide appropriate tools, training, and assistance to carry out the provisions of Article 13 of the Agreement;