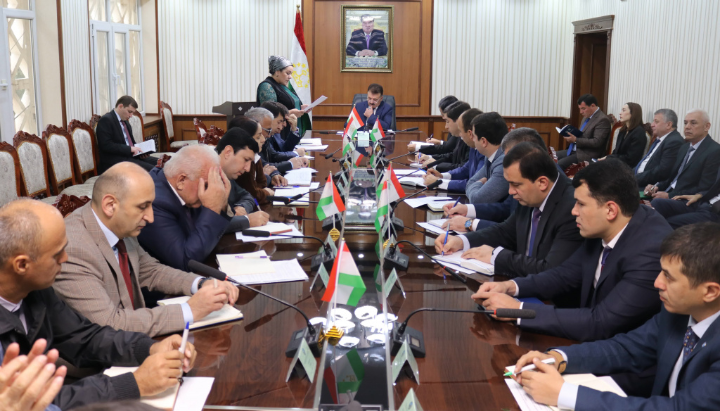 Regular meeting of the Committee

On October 24 of this year, the regular weekly meeting of the Committee was held under the chairmanship of the Deputy Chairman of the Committee for Environmental Protection under the Government of the Republic of Tajikistan Mavlododа Abdukodir Mavlododа. The meeting discussed the activities of departments, centers, scientific institutions and other subordinate structures of the Committee for the period from October 17 to 21 and tasks for the current week.

According to the working regulations of the meeting, the deputy head of the Department of Monitoring, Environmental Policy, Meteorology and Cadastre of the Committee, G. Kosimova, presented an analytical report on the weekly activities of the structures.

The Deputy Chairman of the Committee comprehensively analyzed current issues, including the lack of control of some departments and divisions and sectors of environmental protection of cities and districts, the implementation of decisions of previous protocols, the implementation of state programs, as well as other areas of activity. The Deputy Chairman gave specific instructions to the relevant officials on the need to improve the work in the prescribed manner and eliminate the existing shortcomings as soon as possible.

Taking into account the discussion of issues, proposals and instructions of the Deputy Chairman of the Committee, the relevant decision of the meeting was adopted.