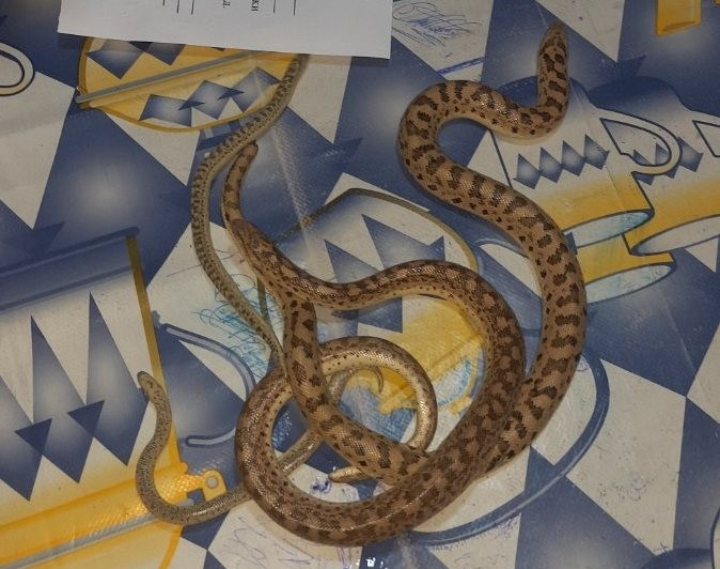 According to the work plan, on the basis of the order of the head of the Main Department for Environmental Protection in the Sughd region and in order to strengthen control over the protection of wildlife listed in the Red Book of the Republic of Tajikistan, inspectors of the Department of State Control over the Use and Protection of Flora, Fauna and Fish Resources of the Main Department in the Devashtichsky district conducted a control operation.

During the operation on the Dushanbe-Khujand–Chanak highway, residents of the Devashtich district, the Yahtan jamoat, the villages of Khoja Bohir and Khujatuar - Nurali Soliev and Eler Sharipov were identified during the illegal sale of eastern winding snakes, in respect of which protocols of administrative offenses were drawn up and sent to the district court for administrative measures.

The rattlesnake is a type of non—venomous snake that lives in gravel and clay areas with little vegetation. Likes foothills and mountainous areas adjacent to narrow valleys.

Externally, it looks like wormwood, so locals use it to treat diseases, as a result of which its number has decreased in recent years.