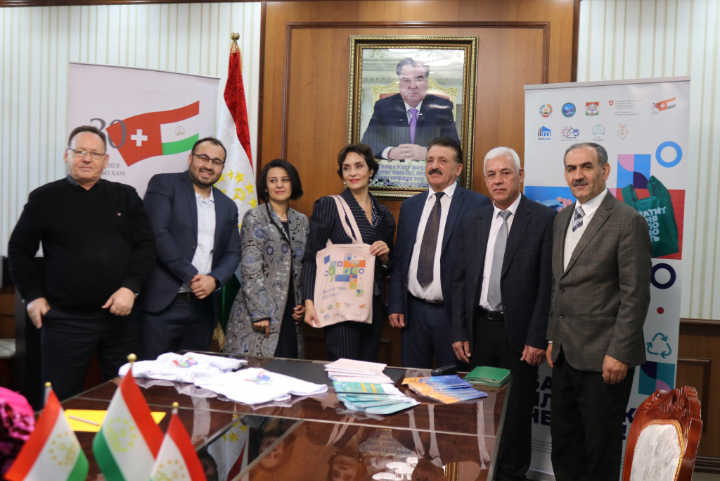 PRODUCTIVE MEETING OF MAVLODOD A. WITH THE DIRECTOR OF THE SWISS OFFICE IN TAJIKISTAN FOR THE REDUCTION OF PLASTIC MATERIALS 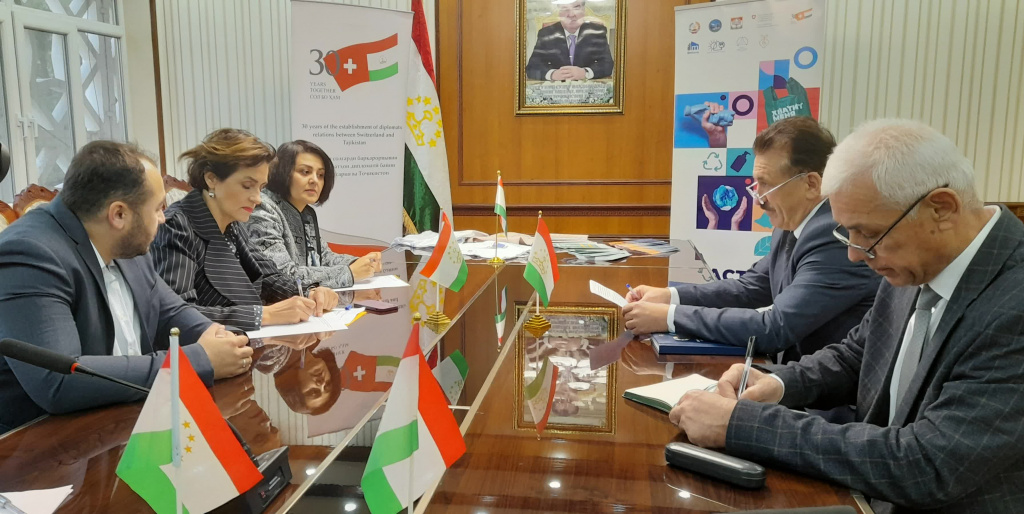 On November 15, in the conference hall of the Committee, a meeting was held between the Deputy Chairman of the Committee for Environmental Protection, Mavlodod Abdulkodirkhan, and the Director of the Swiss Cooperation Office in Tajikistan, Ms. Salome Steib. During the speech, the parties expressed their opinion on the importance of reducing the use of plastic and plastic bags, and an information campaign was launched to raise public awareness about the dangers of plastic materials.

It should be noted that as part of the implementation of the information campaign planned until the end of November this year, the Aarhus Center of the Committee for Environmental Protection (SUE Scientific Production "Tabiat") in cooperation with the public organizations "Ilmkhona", "Youth Ecological Center" "scheduled several campaigns under the slogan "Say no to plastic!", which are planned in the capital's largest supermarkets, including Auchan, Siyoma and Paykar.

It should be noted that representatives of the country's media will take an active part in this information campaign in order to highlight issues related to the handling of plastic, including plastic or plastic bags.