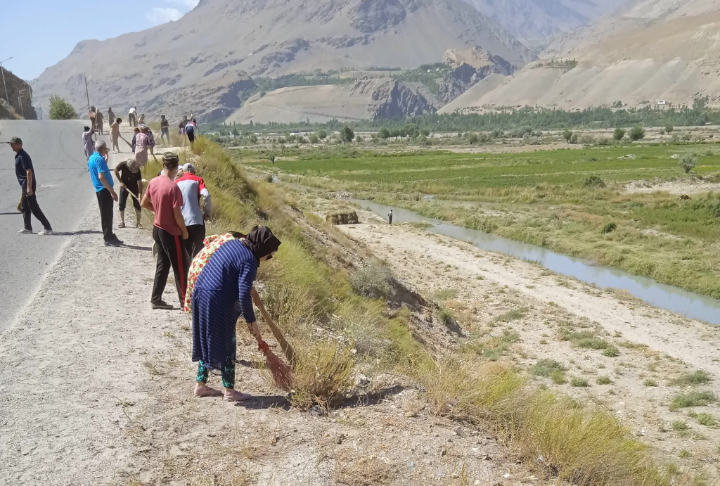 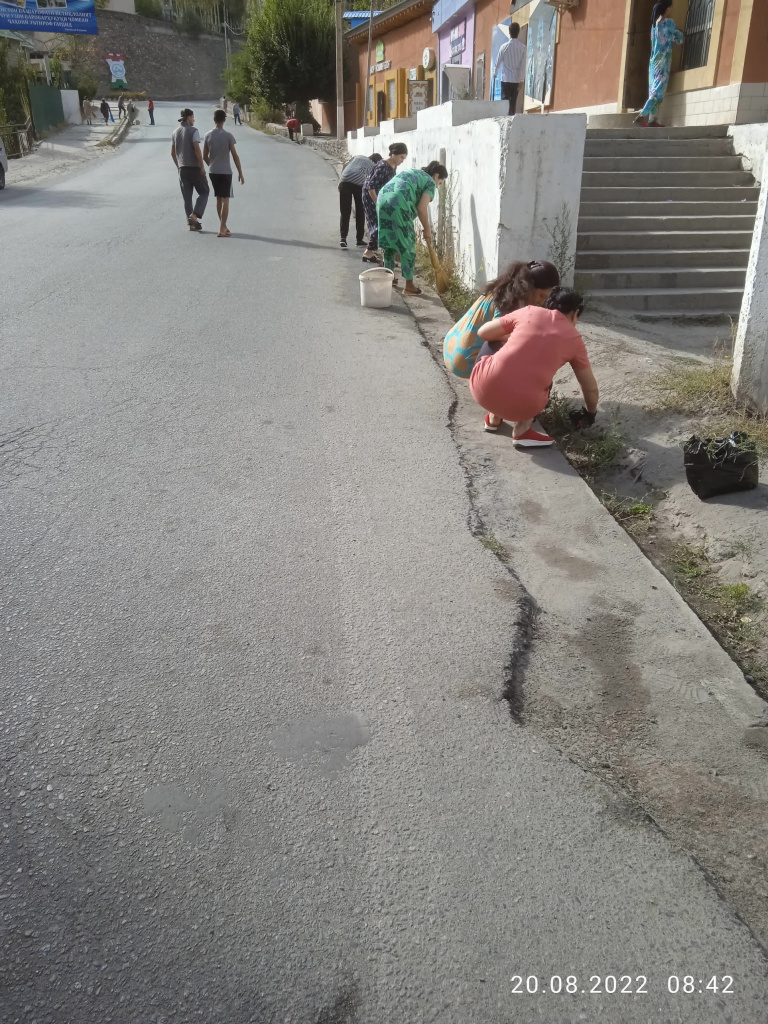 The Department of Environmental Protection in the city of Khorog is carrying out certain work to prepare for the 31st anniversary of the State Independence of the Republic of Tajikistan in order to maintain the necessary ecological condition of the city of Khorog, to ensure exemplary order and cleanliness of the city.

For eight months of this year, in cooperation with the Executive Body of the state Authority of the city of Khorog and other state and public structures, 15 environmental activities "Clean Coast" were organized and conducted on the territory of this city.  In these campaigns, 22.5 km of river banks were cleared of garbage and waste, channels and trays in the city were also cleaned. In the amount of 79 m3 of waste was taken to the landfill of the city.

To maintain the cleanliness of the streets and alleys of the city, a citywide hashars was held weekly, for eight months only 23 times.

4119 residents of the area took part in the hashars and the “Clean Area” campaign, 117.5 m3 of waste was taken to the landfill, and the “Clean Road” campaign was held 2 times.

On the occasion of the 31st anniversary of the State Independence of the Republic of Tajikistan, flower beds and green spaces of the city of Khorog are updated weekly, more than 12 thousand m2 of such areas have been created to date. The specialists of the department monitor the streets and alleys of the city and river banks once a week to prevent offenses.