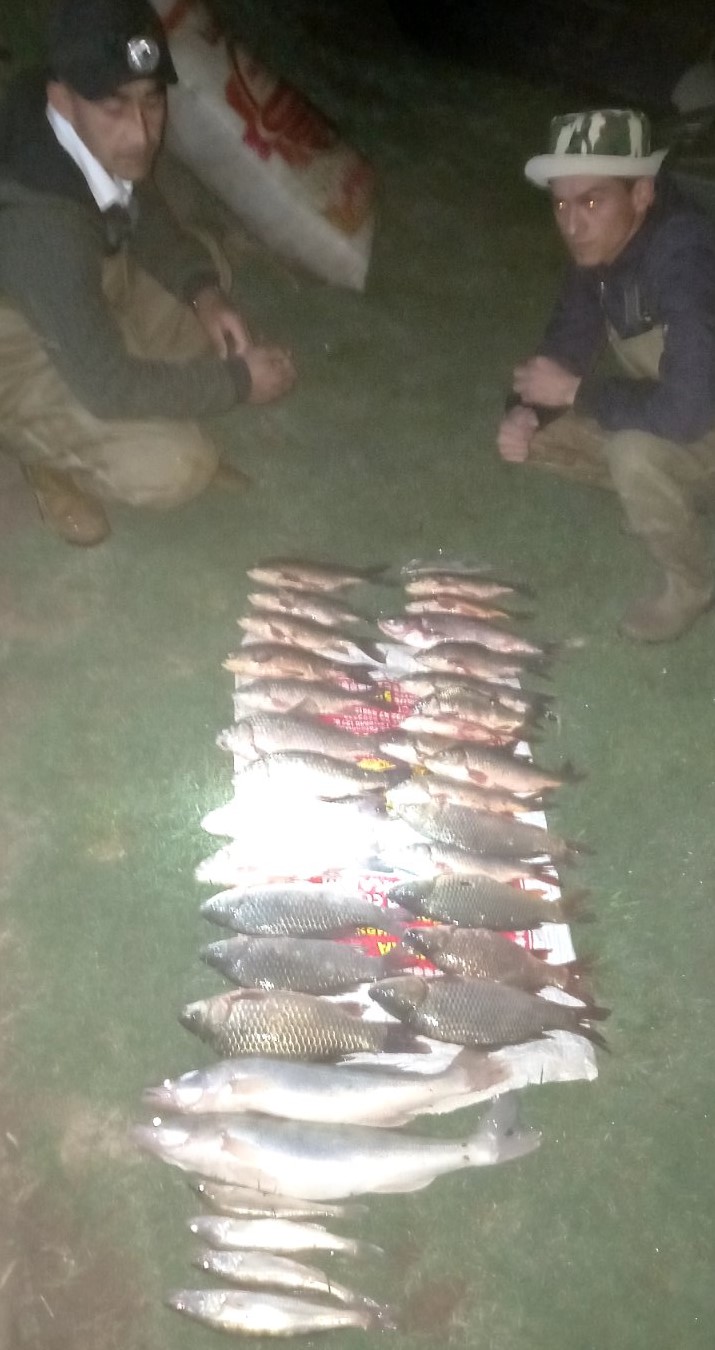 On the part of inspectors of the Department of State Control and Protection of Flora, Fauna and Fish Resources of the Main Department of Environmental Protection of Sughd province in order to create favorable conditions for the natural growth of fish resources during the spawning period of the current year in the reservoir "Tajik Sea" are conducted operational 24-hour operations.

Two residents of Kuhandiyor Jamoat of Kanibadam Murodov Muhammad and Mirkhayolov Odil who were illegally fishing were detained during one of such night operations in Makhram area of the Tajik Sea Reservoir. An act of fishing was drawn up for catching 34 units of fish. 34 units of fish was drawn up a report, the materials with ichthyological report were transferred to the Kanibadam City Prosecutor's Office for action. In connection with Article 230 of the Criminal Code of the Republic of Tajikistan, a criminal case was initiated against these two citizens, and preparatory work for submission to the judicial authorities is underway.

In accordance with the Order of the Chairman of Committee on Environmental Protection under the Government of the Republic of Tajikistan dated March 30, 2022, #38 "On protection of fish resources during the spawning period of 2022" the work is being strengthened and continued.