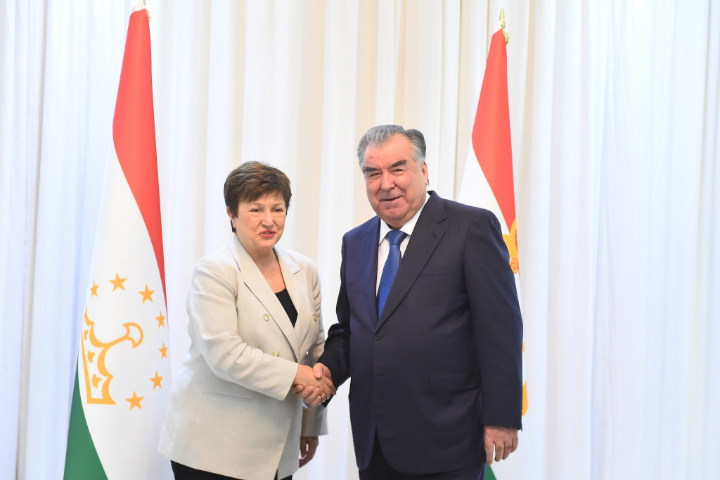 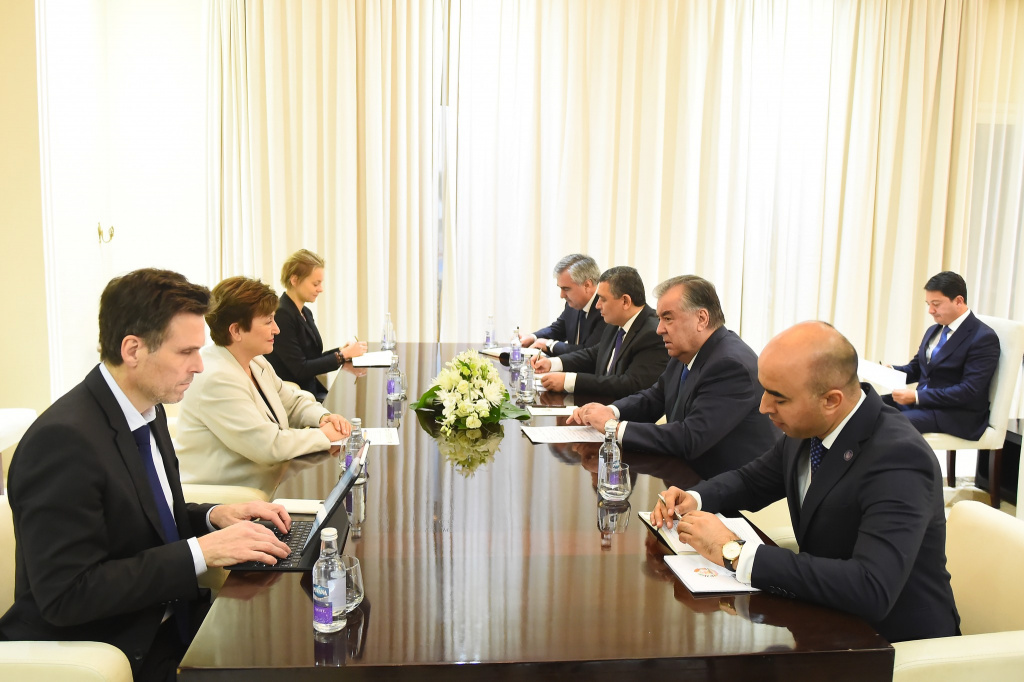 November 6 Founder of Peace and National Unity – Leader of the Nation, President of the Republic of Tajikistan, Emomali Rahmon in the city of Sharm el-Sheikh of the Arab Republic of Egypt, on the sidelines of the 27th Conference of the Parties to the United Nations Framework Convention on Climate Change (COP-27) met with the Executive Director of the International Monetary Fund (IMF), Ms. Kristalina Georgieva.

During the conversation, issues of cooperation between Tajikistan and the International Monetary Fund were discussed.

At the beginning of the meeting, the President of the country, Emomali Rahmon, emphasized the contribution of the Fund to the stable socio-economic development of our country and considered the results of today's meeting important in terms of considering the current situation and prospects for cooperation between Tajikistan and the International Monetary Fund.

It was emphasized that, by joining the International Monetary Fund (in 1993), Tajikistan took advantage of its assistance in promoting economic reforms, maintaining macroeconomic stability, supporting the balance of payments, ensuring the stability of international resources and improving the living standards of the population. of the population, including during the coronavirus pandemic, has become

During the meeting, the parties exchanged views on various areas of cooperation, including solving the problem of the negative impact of climate change on sustainable development, the search for comprehensive solutions to water and climate issues and other topical issues.

The parties considered it necessary to strengthen further cooperation between Tajikistan and the International Monetary Fund for the further implementation of economic reforms and the systematic development of the country.

At the end of the meeting, Respected Head of State Emomali Rahmon invited the Director of the International Monetary Fund to visit Tajikistan at a convenient time for them.