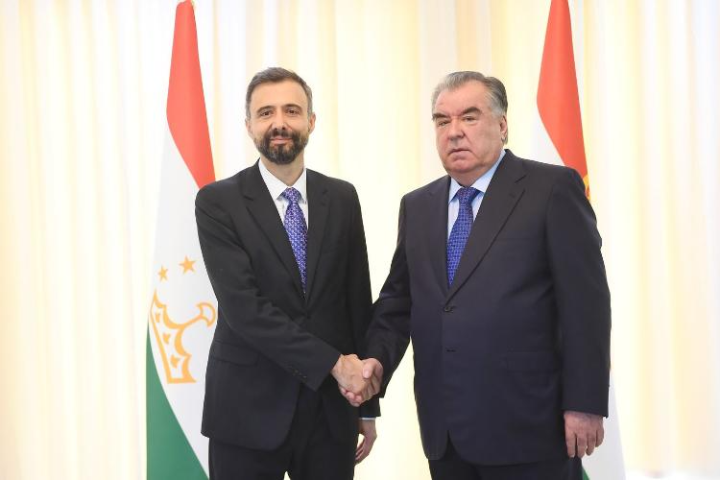 On November 7, the Founder of Peace and National Unity - Leader of the Nation, President of the Republic of Tajikistan, Emomali Rahmon in the city of Sharm-Al-Sheikh of the Arab Republic of Egypt, under the framework of the 27th Conference of the Parties to the United Nations Framework Convention on Climate Change (CPC-27) held meeting with President of International Agricultural Development Alvaro Lario.

During the meeting, issues of development and expansion of cooperation between Tajikistan and the International Fund for Agricultural Development were discussed.

President of the country Emomali Rahmon expressed satisfaction with the strengthening of relations with this authoritative international organization and stressed Tajikistan's readiness for fruitful continuation of cooperation.

During the meeting, the participation of the International Fund for Agricultural Development in developing the infrastructure of the agricultural sector, increasing the productivity of agricultural sectors and improving the living standards of the rural population was emphasized.

The Strategic Opportunity Fund's country program to support Member States of the United Nations in implementing the 2030 Agenda for sustainable development and strengthening environmental sustainability was deemed necessary.

It was emphasized that in the context of climate change and its consequences for agriculture, the development and implementation of new investment projects of the International Fund for Agricultural Development to ensure food security and improve the living standards of the population will be effective.

During the conversation, other topics of interest were also touched upon.