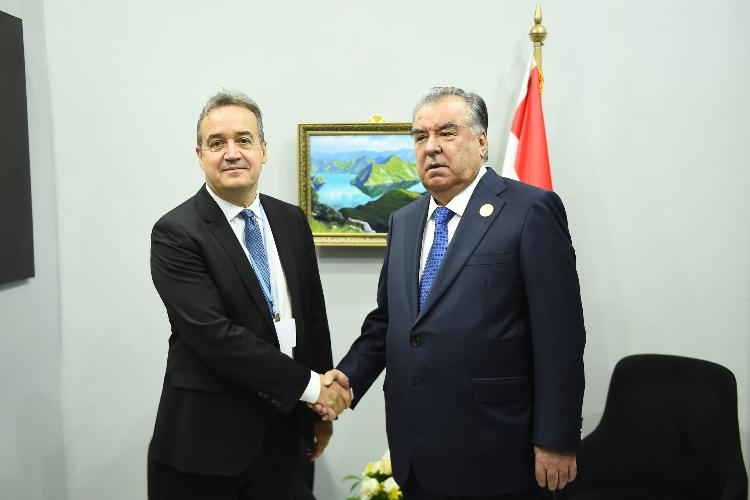 Meeting of the Founder of Peace and National Unity - Leader of the Nation, President of the Republic of Tajikistan with the Director of the Green Climate Fund Mr. Yannick Glemarek 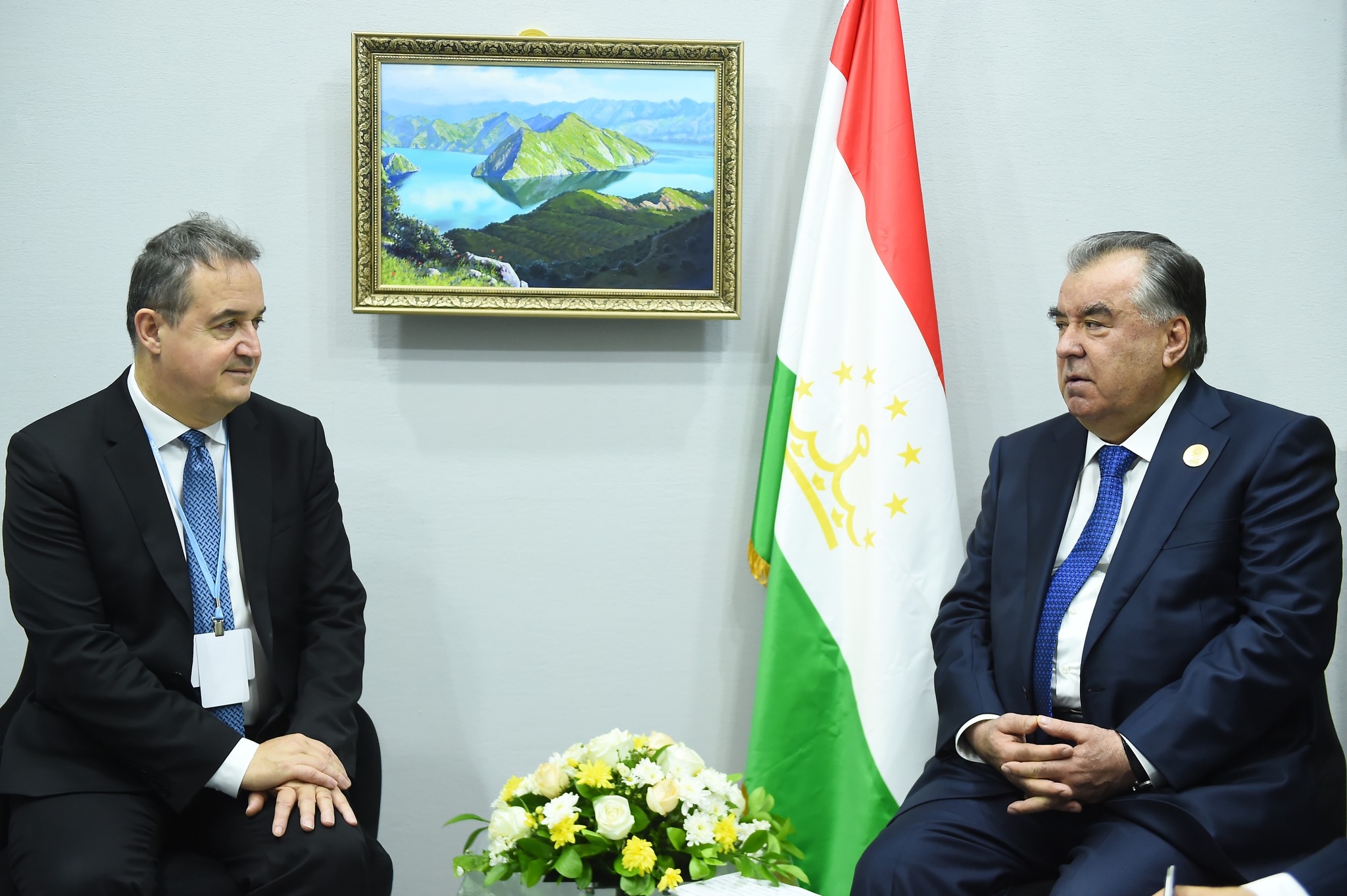 On November 7, the Founder of Peace and National Unity - Leader of the Nation, President of the Republic of Tajikistan, Emomali Rahmon, in the city of Sharm-Al-Sheikh of the Arab Republic of Egypt, under the framework of the 27th Conference of the Parties to the United Nations Framework Convention on Climate Change (COP-27) met with Yannick Glemarek, Director of the Green Climate Fund.

During the meeting, the parties discussed issues, finding ways to solve global problems, as well as the results of the United Nations High-Level Conference.

President of the country Emomali Rahmon regarded this meeting as an important factor in expanding cooperation between Tajikistan and the Green Climate Fund.

Over the past 20 years, Tajikistan has proposed a number of global initiatives on drinking water and climate change that have been unanimously accepted by the international community. The next initiative of our country to prevent and eliminate the consequences of climate change is the announcement of 2025 as the “International Year for the Protection of Glaciers”.

It was emphasized that currently 5 projects are being implemented in Tajikistan, which are financed by the Green Climate Fund. These projects are in the areas of energy, implementation of necessary disaster prevention measures, climate resilience of vulnerable communities in mountainous areas, private sector finance, and improved weather services.

At the meeting, it was proposed to hold a meeting of the Board of Governors of the Green Climate Fund in Dushanbe in 2024.

During the conversation, the parties discussed other issues of interest.