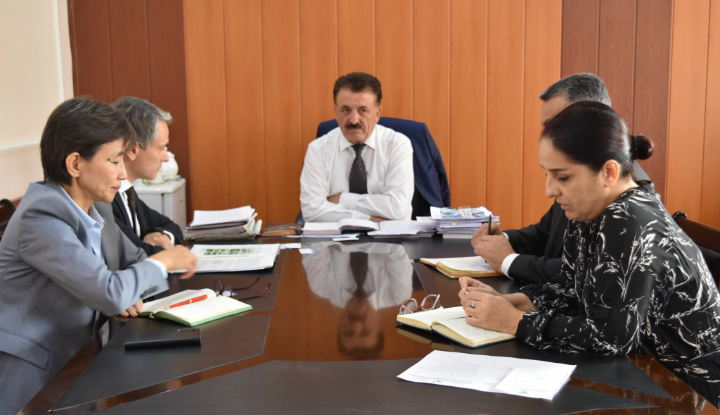 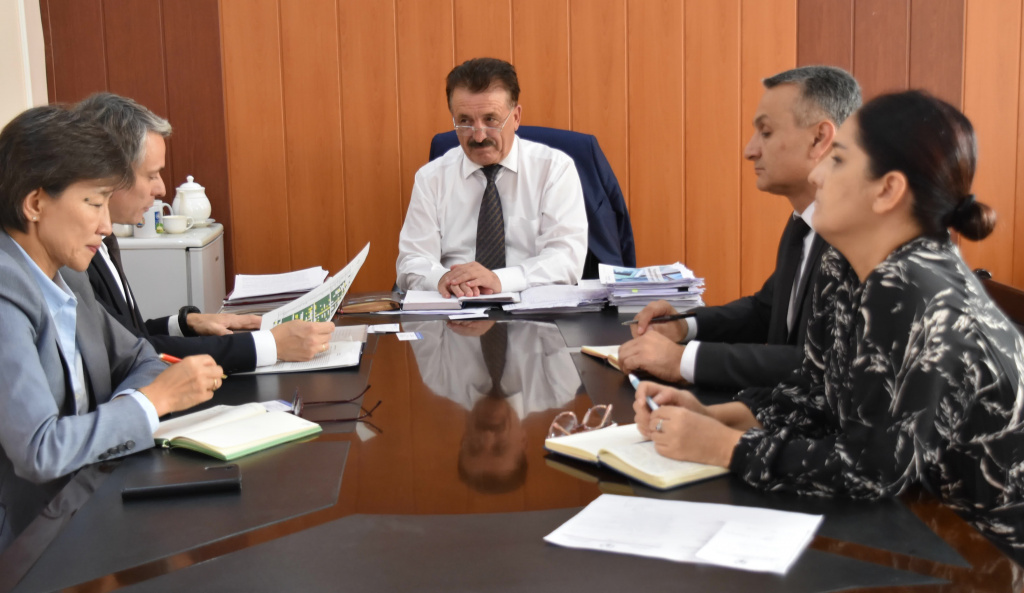 On October 5 this year, Deputy Chairman of the Committee on Environmental Protection under the Government of the Republic of Tajikistan Mavlodod Abdukadir Mavlodod met with Deputy Executive Secretary of the United Nations Economic Commission for Europe (UNECE) Dmitry Maryasin and environmental specialist Ms. Sarangu Radnaragcha

During the meeting, issues on the implementation of the UNECE international conventions and on the intentions of Tajikistan to join other environmental conventions were discussed.

Measures taken to implement the recommendations presented in the Third Review of the Environmental Performance of Tajikistan were discussed.

UNECE representatives noted that they would support the development of the fourth review of environmental performance in Tajikistan, which will include new sections such as: circular economy, gender issues and human rights.

Dmitry Maryasin thanked the Deputy Chairman of the Committee for the meeting, during which a constructive dialogue took place between the parties.