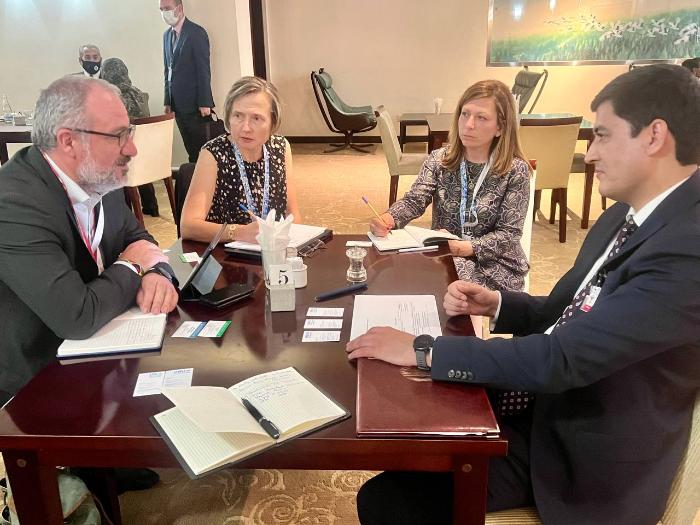 Meeting of the CEP Chairman with the UNEP Europe Office Director 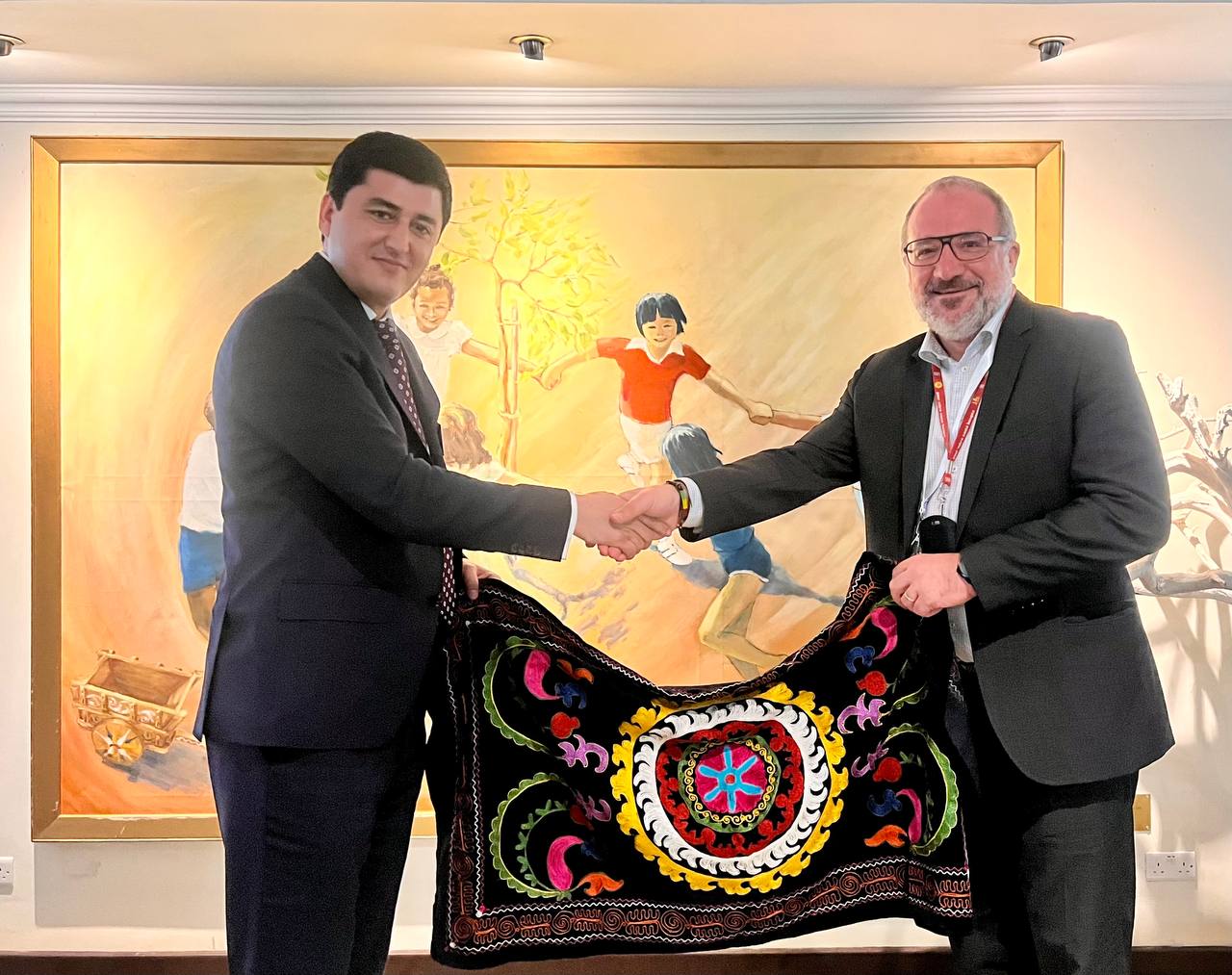 On March 1, 2022, on the sidelines of the resumed fifth session of the UN Environment Program Assembly, a meeting was held between the CEP Chairman, Bahodur Sheralizoda, and the UNEP Europe Office Director, Mr. Bruno Pozzi.

Chairman of the Committee Sheralizoda B.A. informed the representatives of the UN Environment Program about the current program in the field of environmental protection, including the contribution of Tajikistan to sequester carbon by planting more than 9 million trees over the past 5 years in the country, as well as about initiatives and support of the President of the Republic of Tajikistan on the issue of increasing specially protected natural areas from 2.8% of the total territory of the country in 1991 to 22% of the country's territory in 2020.

During the meeting, special attention was paid to the initiative of the President of the Republic of Tajikistan, H. E. Emomali Rahmon, to declare 2025 the International Year for the Protection of Glaciers and to establish the International Glacier Conservation Fund.

In turn, Mr. Bruno Pozzi noted that Tajikistan is one of the most active partners in the region, and the Bureau of the Assembly will take into account the proposed initiatives of Tajikistan.

The meeting was held in a friendly atmosphere and the parties came to a common agreement on the issues discussed.