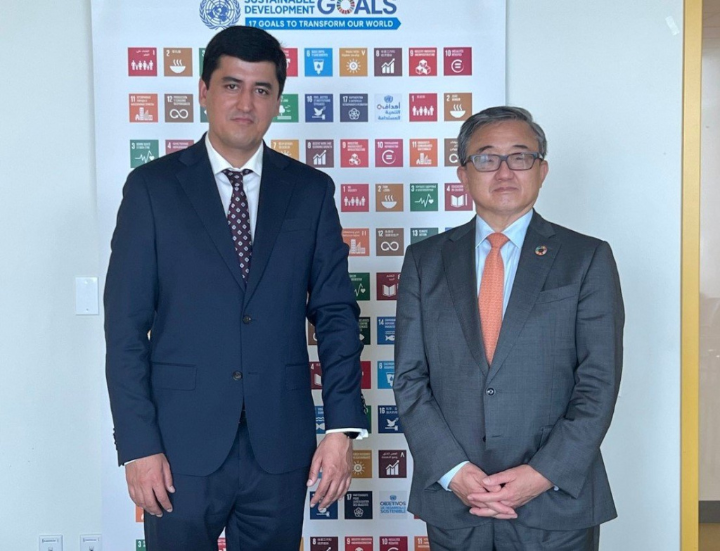 
On July 20, 2022, at the UN Headquarters, New York City, Sheralizoda Bahodur Ahmajon, Chairman of the Committee for Environmental Protection under the Government of Tajikistan, met with Liu Zhenmin, Under-Secretary-General of the United Nations of the United Nations Department of Economic and Social Affairs.

It should be noted that during this meeting Mr. Sheralizoda Bahodur noted the importance of mutually beneficial cooperation of Tajikistan with the UN agencies in the field of environmental protection and the national contribution of the country to the implementation of the goals and objectives of the Paris Agreement on Climate Change.

The parties discussed the impact of climate change on various sectors of Tajikistan and emphasized the need for environmental protection and sustainable economic development to achieve the goals and objectives of the 2030 Agenda for Sustainable Development.

In turn, the UN Under-Secretary General noted the importance of Tajikistan's role in promoting water and climate issues in the international arena, as well as the timeliness of another initiative of the Leader of the Nation, the President of the Republic of Tajikistan, distinguished Emomali Rahmon, to declare 2025 the "International Year of Glacier Protection".