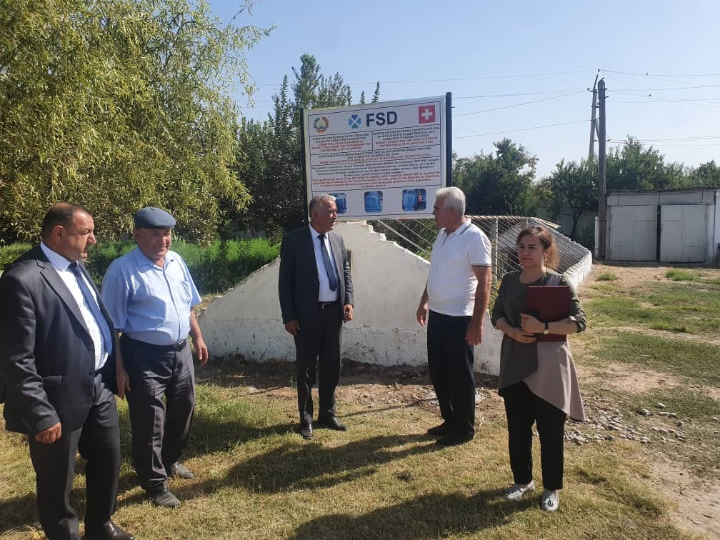 In the days of the State Independence of the country, residents of the village of Mashal of the Vakhsh region are provided with clean water

During the years of State independence of the country, within the framework of the constructive initiatives of the Founder of National Peace and Unity - the Leader of the Nation, the President of the Republic of Tajikistan, respected Emomali Rahmon, attracting foreign capital, cooperation with development partners is expanding step by step.

During the opening of the water supply facility, the first deputy chairman of the Committee for Environmental Protection under the Government of the Republic of Tajikistan Kiyomzoda Zarafo Sufijon, representatives of the executive body of state power of the Vakhsh district and the head of the Main Department for Environmental Protection of the Khatlon region took part and congratulated the villagers on the anniversary of State independence and ensuring access of residents to water during the celebration of the great national holiday, which was considered a good omen and a worthy gift.

As for the use of the water supply facility, the participants expressed their opinion on the problem of water shortage, expanding the access of residents to this benefit. It was said that with the installation of a synchronous motor near the toxic waste dump, the residents of the surrounding villages will have access to clean water, which is a factor in the development of the countryside, the improvement of the life of the inhabitants and, most importantly, contributes to the provision of clean and atmospheric air.

According to officials, planting greenery in this area has not been impossible for many years due to lack of water. At the initiative of the Committee for Environmental Protection under the Government of the Republic of Tajikistan, district executive bodies, in cooperation with partners in the development and implementation of the project, residents of villages in three rural jamoats of the district are provided with clean water. The purpose of the project is to improve rainfed areas, provide villagers with water, develop the infrastructure of the area and improve people's livelihoods.