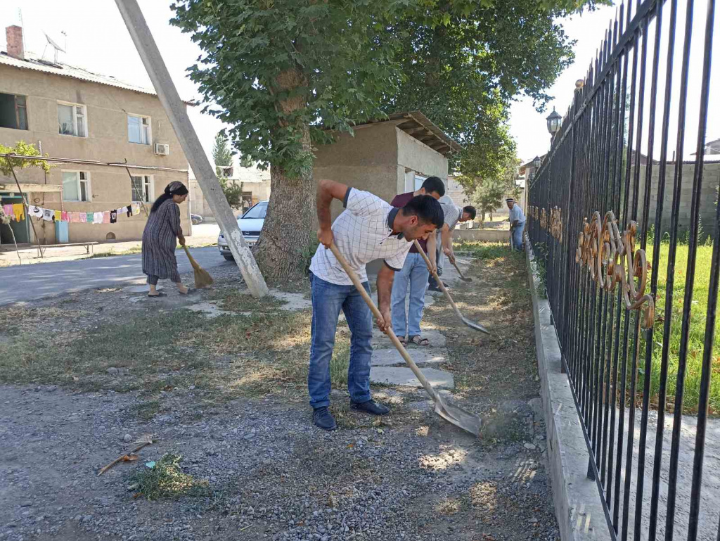 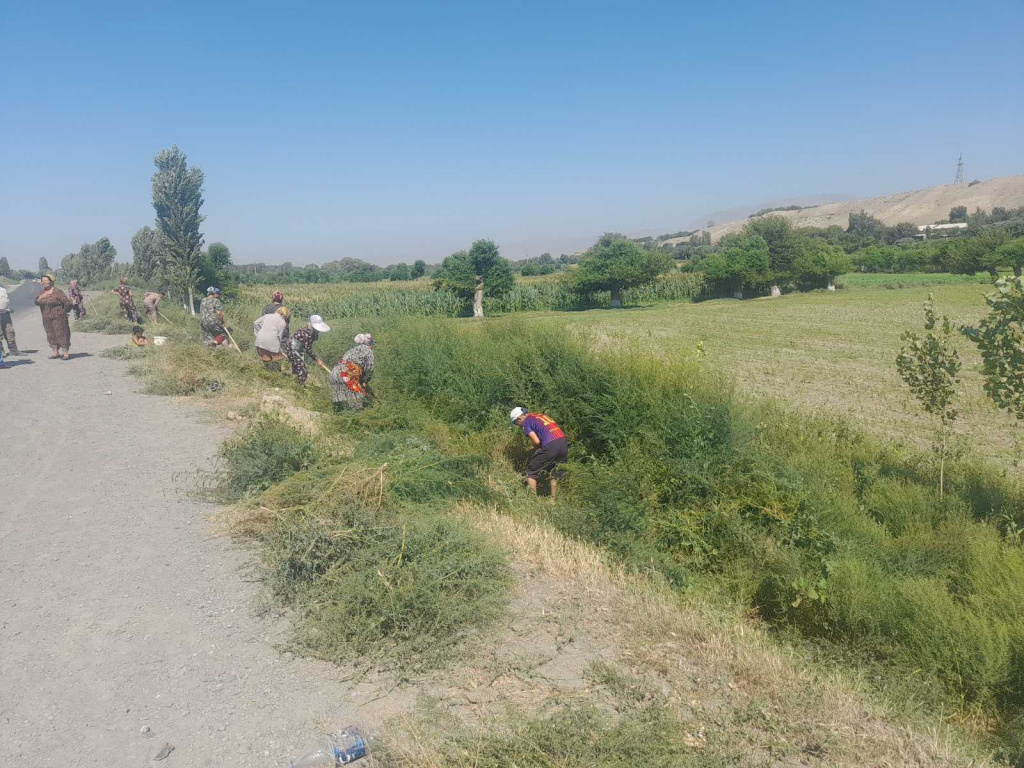 As part of the implementation of the action plan dedicated to the upcoming national public holidays and according to the action plan of environmental authorities, in the jamoat Dehmoy J. of Rasulov district campaign "Clean Road" was held. During this campaign, along with employees of the environmental protection sector, more than 110 residents took part.

Representatives of farms located along the road also took an active part in cleaning the roadsides of the Dushanbe-Khujand-Chanak highways from weeds. As a result, 2.2 km of both sides of the highway were cleared of various debris.

At the same time, a campign "Clean Area" was organized and held in the Gulakandoz jamoat of J. Rasulov district. More than 80 people took part in the campaign, work was carried out to clean the roads and the green line between the roads, as well as the creek of the surrounding area. As a result, 8 cubic meters of waste were taken to the official landfill.