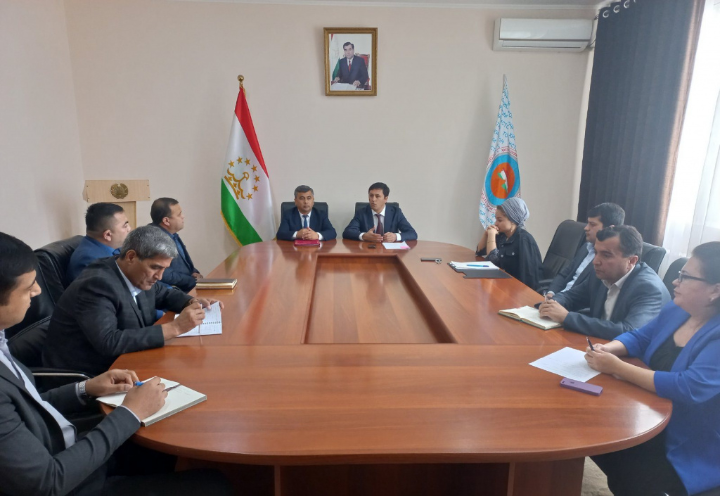 Compliance with the law in the public interest


In order to clarify the essence and ensure compliance with the requirements of the laws of the Republic of Tajikistan "On streamlining traditions, celebrations and rituals", "On the responsibility of the mother's father for raising children", the Anti-Corruption Strategy and the procedure for considering the appeal of individuals and legal entities, a meeting was held with the judge of the Economic Court of the region Davlatzoda T. region with employees of the Head Department of Environmental Protection in the Sughd region.

The meeting was opened by the Deputy Head of the Main Department Abdumalikzoda B.A. and spoke about the progress in fulfilling the requirements of higher laws in the Main Department and its subordinate structures. It was emphasized that for the implementation of these laws, an action plan was drawn up and a number of practical works were carried out.

At the same time, various issues of combating crime, preventing corruption by civil servants were discussed several times at the consultative meetings of the environmental authorities of the region, and responsible persons were instructed to cross unfavorable corruption factors from their activities.

At the meeting, the judge of the Economic Court of the Sughd region Davlatzoda t. made a report on improving the legal literacy of civil servants, the goals, content and need for the adoption of various laws by the parliament of the republic, the mandatory observance of these laws, during control checks and operations, to conduct explanatory work on these issues, to call respect and recognition of these laws by citizens.

It was also emphasized that the observance of the law is in the interests of society, all our achievements have been achieved precisely thanks to the restoration of lasting peace and stability, the unity of national stability, ensuring sustainable socio-economic development, strengthening self-knowledge, increasing the feeling of patriotism during the 31 years of State independence.