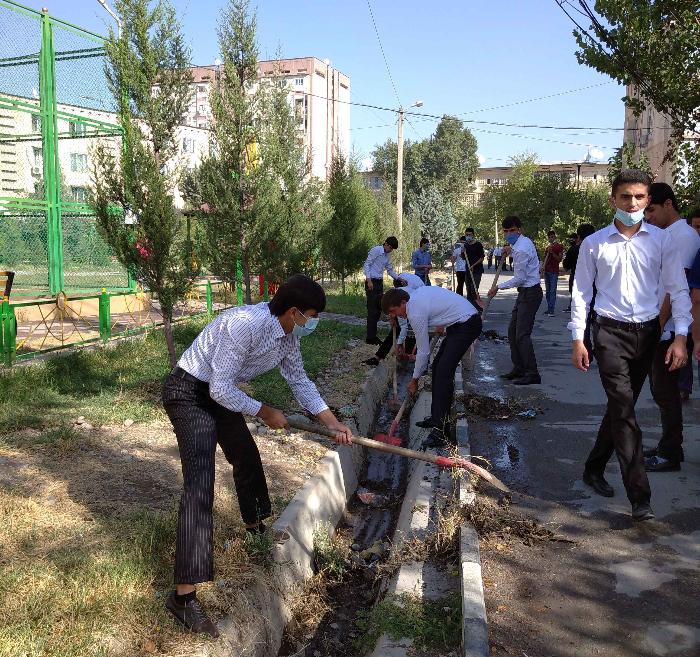 "Clean coast" action in the Firdavsi district of Dushanbe city

The purpose of such actions is, first of all, cleaning of banks of rivers and channels, culverts in cities and microdistricts. The active participation of the community is a direct proof of their interest in environmental problems and enhancing urban culture.

In the course of the action in settlements 23, 24, 46 and the Akkurgan Canal area, 23 m3 of garbage was cleaned up, collected and transported to the city dump at a distance of 1600 meters.

Also, with the assistance of the State Enterprise "Irrigation Department" of Dushanbe removed 8.7 tons of mud from the canal in Firdausi district.

In addition, during the action in 23, 24 and 46 settlements with the residents of settlements conducted with the observance of the rules of public order, improvement and sanitation in Dushanbe and the requirements of environmental protection legislation, especially the banks of rivers and canals and water from the sources, the rational approach to natural resources, including drinking water.

According to the Main Department of Environmental Protection of Dushanbe, such activities will be carried out until the end of this year to ensure the improvement of the environment, especially along the rivers and canals.