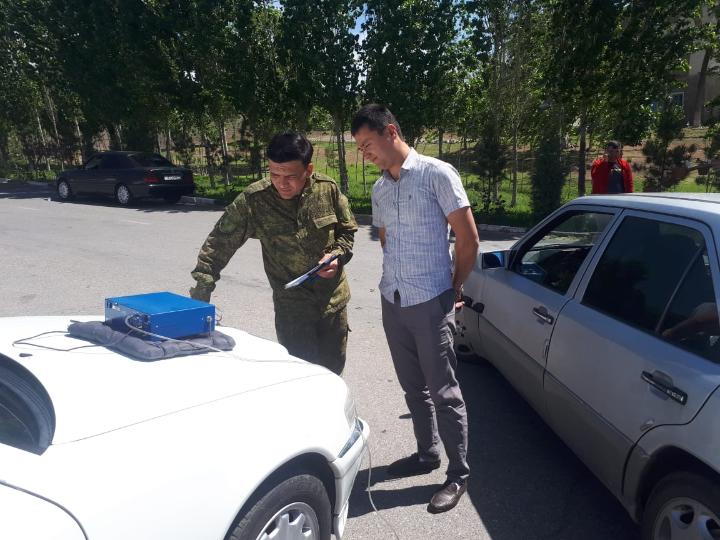 "Clean Air" campaign in the city of Istiqlol


In order to reduce emissions of harmful substances into the atmosphere, employees of the Department of Environmental Monitoring, Analysis and Information, as well as the Department of State Control over the Use and Protection of Atmospheric Air of the Main Directorate conducted the "Clean Air" campaign on Shirinsho Shohtemur Street in Istiqlol.

During this inspection, 25 cars of different brands were tested. To determine the amount of pollutants released into the atmosphere as a result of fuel combustion, special equipment of the Analytical Control Department of the Main Directorate was used. During the inspection, emissions of pollutants into the atmospheric air were detected in excess of the norm in five cases. Protocols on an administrative offense were drawn up against the drivers of these five vehicles.