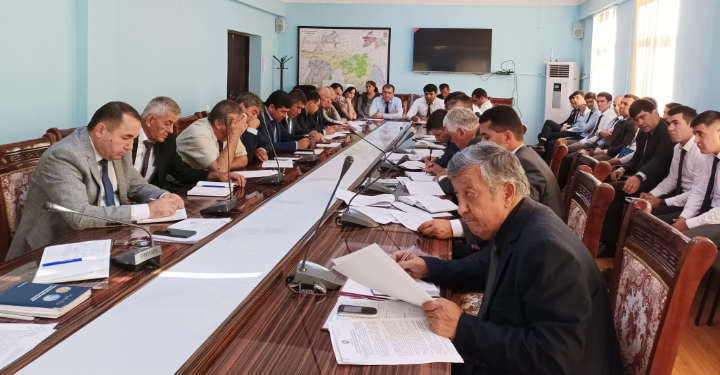 
A meeting dedicated to the State Language Day was held in the hall of the Main Department of Environmental Protection in Dushanbe.

Rahmonzoda Loik Sherali, head of the Main Department for Environmental Protection in Dushanbe, stressed that the state language is one of the important elements of statehood, and from the time of the Samanids to the present day this language has been the main means of state office work, without losing its originality, but rather played worthy role in the development of science and culture.

It was emphasized that the state language, embodying freedom and independence, national strength, the living language of the Tajik people, played a key role in the course of history for the acquisition and creation of a national state, and the most valuable books in this noble language were preserved by the noble and learned sons of the nation, who until today are of international value.

It was also emphasized at the meeting that the Tajik language, as one of the national foundations, is a symbol of freedom and independence, mutual understanding, sovereignty, unity of the nation, plays an important role in ensuring a full life, pride, security and well-being of the people.