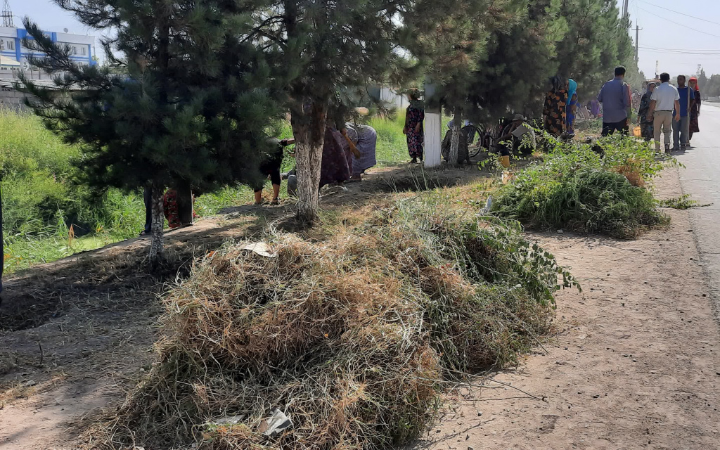 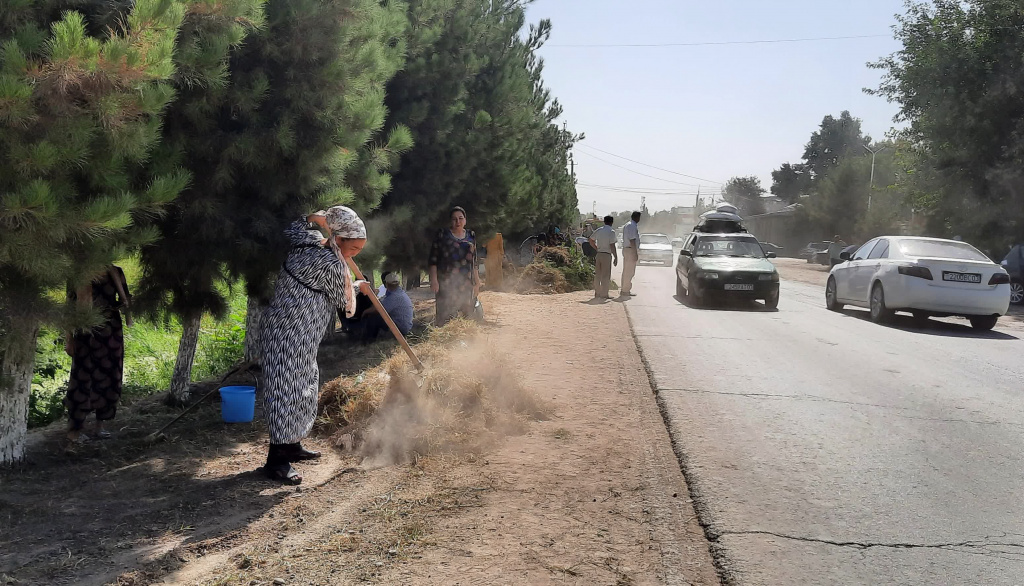 During these actions, about 200 residents of various professions took part and 2 kilometers of sewage passing through the Vakhdat microdistrict of the city of Bokhtar were cleared of garbage and weeds.