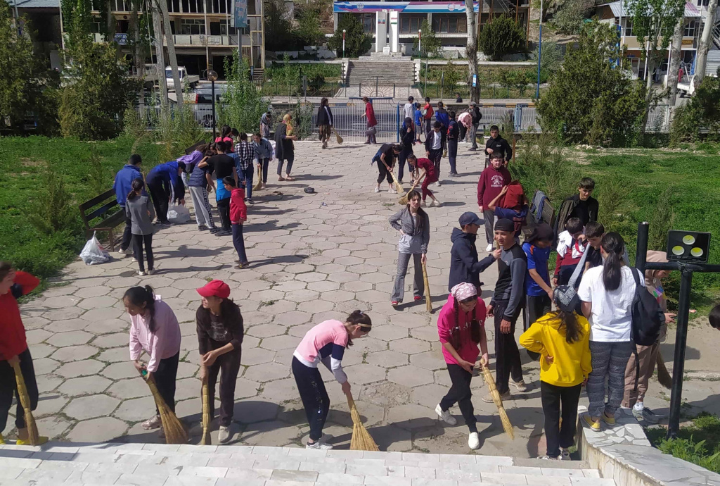 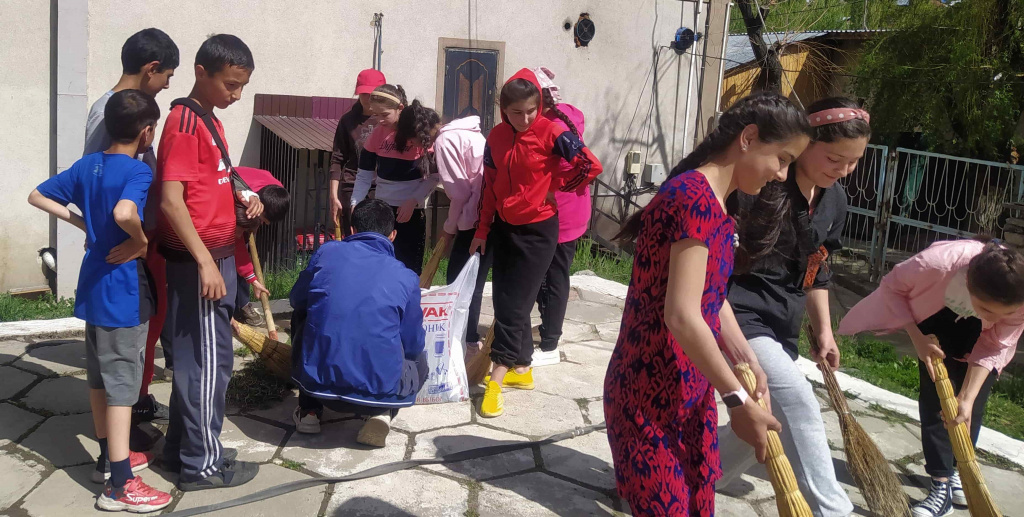 On April 26, 2022, in the center of Khorog with the participation of pupils of secondary school #2 held an action "Clean up the area".

The participants of the action cleaned the territory of Victory Park from the garbage and prepared the park for the Victory Day.

The action was attended by 82 people. As a result, the territory of Victory Park was cleared of 2000 m2, the collected waste was taken to the official landfill with a volume of 0.5 m3.