Carrying out environmental actions in the Rudaki region 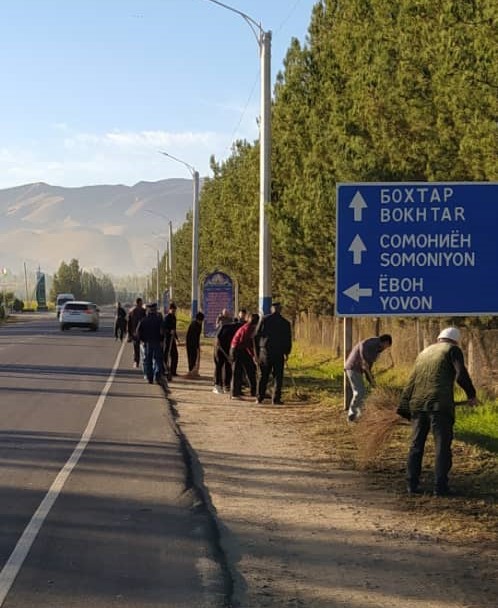 The department of environmental protection in the Rudaki region, according to the plan for keeping the territory clean and tidy, by the efforts of the specialists of the department in several settlements with the participation of residents of the rural jamoats of Zainabad, Lahur, Chorteppa and the village of Dzhuybadom, in honor of the Constitution Day, on November 5, 2022, organized and held actions "Cleanliness of the road", "Cleanliness of the place".

To improve the sanitary-ecological state of the region, the Dushanbe-Yavan, Dushanbe-Bohtar highways were cleared. This event was held at a good level, with the involvement of more than 300 residents of the district, during the event 3670 m of roads and pedestrian roads of the district were cleared of debris, 18 cubic meters of garbage were removed from the district dump.

Such environmental protection measures are carried out continuously to keep the environment of the Rudaki region clean and tidy.